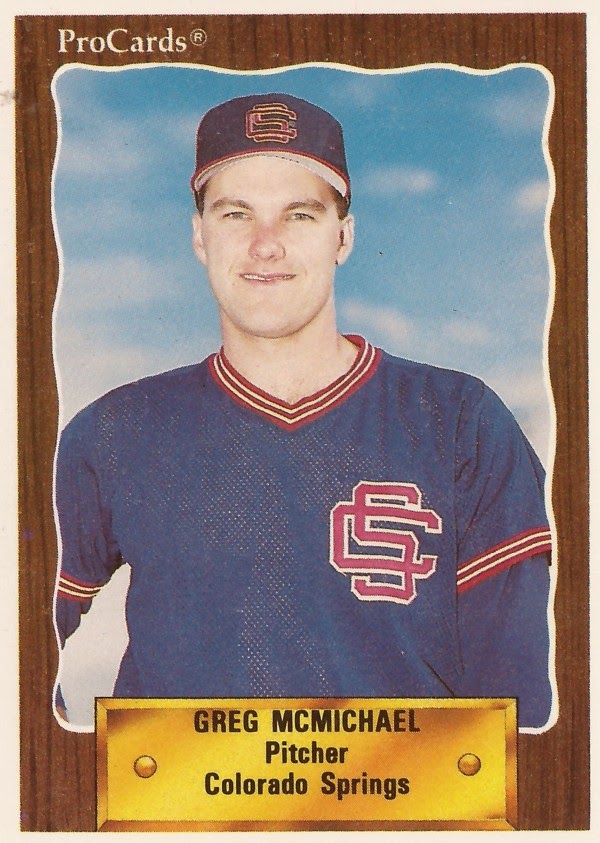 Two seasons removed from knee surgery, Greg McMichael found himself in a perfect position to make his debut in the majors, with the Braves, not the Indians.

That's because the Indians, the team that drafted McMichael, released him after the injury, The Associated Press wrote.

"They didn't think I would make it back," McMichael told The AP in spring 1993. "But it worked out well. I've never pitched better."

McMichael went on to pitch in 74 games for the Braves that year, saving 19. Three of those saves also sealed three of the Braves' final four wins and helped seal the National League West title for Atlanta.

He also went on to pitch in parts of eight major league seasons.

McMichael's career began in 1988, taken by the Indians in the seventh round of the draft, out of the University of Tennessee.

McMichael started at rookie Burlington and single-A Kinston. Working mainly as a starter, McMichael made it to AAA Colorado Springs in 1990, starting 12 games there for a 2-3 record.

The Indians, though, released McMichael at the close of spring 1991, after a knee injury. The Braves signed him days later, sending him back to single-A. At single-A Durham, McMichael moved to relief work, starting six games, relieving in 30.

Making the Braves for 1993, McMichael proved crucial in the Braves' stretch drive. In one late-season save, Sept. 29, McMichael got himself out of two bases-loaded jams, both of his own making.

"I just made it a little tough," McMichael told The AP afterward. "But that happens sometimes, maybe I was muscling up a little bit."

Overall, McMichael posted a 2.06 ERA in 91.2 innings. McMichael, though, couldn't bring that success to the playoffs. In four innings of work, he gave up three earned runs and picked up a loss.

McMichael returned to the Braves for the strike-shortened 1994, posting another 21 saves. McMichael, though, turned setup man, getting only 13 more saves in his career.

McMichael played into 2000, with the Mets, Dodgers, Athletics and then the Braves again. Injuries, though, took their toll. He got into 36 games in 1999 and just 15 in 2000. His career ended in late May, going on the disabled list for biceps tendinitis.