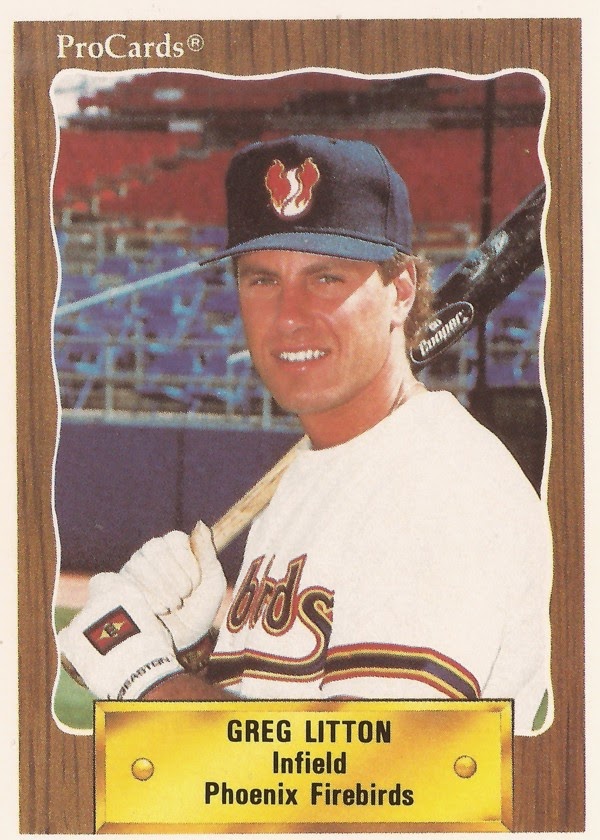 Greg Litton hit a home run for his Giants in this 1992 game, but he knew that wasn't his game, according to The Associated Press.

Defense was his game.

"But I pride myself on being able to hit," Litton told The AP afterward. "I think I've been trying too hard. I've never been a home run hitter. I have some power, but that's not my best asset."

Litton hit that home run in his fourth major league season. He ended up getting time in two more, 374 total big league games in all. He hit 13 big league home runs.

Litton's career began in 1984, taken by the Giants in the first round of the January draft out of Pensacola Junior College in Florida.

Litton then split 1987 between Shreveport and AAA Phoenix and played 1988 back at Shreveport. He started 1989 at Phoenix. That May, he made the majors.

With San Francisco in 1989, Litton got into 71 games. He hit .252 with four home runs. He hit his second home run in a July game off the Cardinals' Frank DiPino.

That October, the rookie also got to play in the World Series. He went 3 for 6.

Litton returned to the Giants for another 93 games in 1990. He hit .245 while knocking in 24. In August, Litton helped the Giants to a win with a tie-breaking double, avoiding a sweep.

"We all knew we needed the win to avoid the sweep," Litton told The AP after that game. "But you can't think of all that when you're at the plate. That's one of the big reasons we've had the success we've had is that we don't think about the past."

He then played one more season at AAA in 1995, ending his professional career.

Years after his playing career ended, Litton recalled to a Pensacola magazine how he got his start in the game in high school, after failing to make the school's baseball team as a freshman.