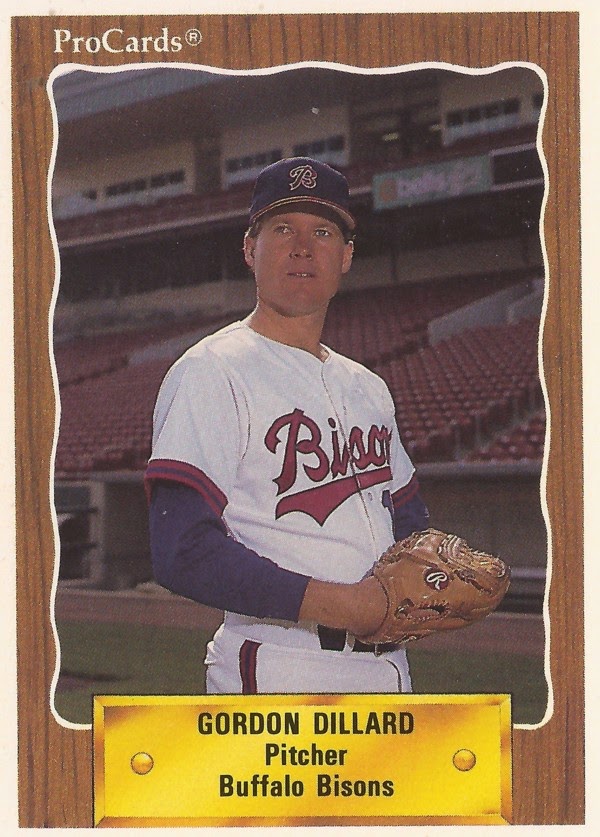 It was Gordon Dillard's first major league start, and he had a tall order in front of him: The 1988 Oakland Athletics.

While he gave up just two earned runs, including a Jose Canseco home run, Dillard lasted just 2.2 innings, throwing less than half of his 60 pitches for strikes.

"I wasn't throwing strikes, not getting ahead, wasn't making good pitches," Dillard told The Associated Press. "I'm usually able to throw a curve with reasonable success, but I wasn't able to get it over the plate."

Dillard wouldn't get many more chances to get the ball over the plate in the majors. That first start was his second major league appearance. He would only get five more, none of them starts.

Dillard's career began in 1986, taken by the Orioles in the 14th round out of Oklahoma State. He played that year at short-season Newark, going 5-6 with a 4.26 ERA.

He played much of the next year at AA Charlotte, going 5-2 with a 3.31 ERA as a reliever. He returned to Charlotte for much of 1988, the year in which he would debut in the majors.

With Charlotte that year, Dillard went 7-5 while posting a 2.19 ERA as a starter and a reliever. Helping him along to that mark was a June complete game, where he gave up two earned runs.

By August, Dillard was in Baltimore. In his two appearances, Dillard pitched only three innings, giving up those two runs.

For 1989, the Orioles sent Dillard with Ken Howell to the Phillies for Phil Bradley and he returned to the majors, for five games. In those five outings for Philadelphia, Dillard pitched four innings and gave up three runs.

Dillard pitched the rest of 1989 at AAA Scranton, going 6-16 with a 5.02 ERA. Taken by the Pirates that off-season in the Rule 5 draft, Dillard went into spring training 1990 with a shot at making the Pirates' expanded roster.

But it was back to AAA, to Buffalo. Dillard got into only 10 games at Buffalo. He didn't give up an earned run in 11.1 innings. But it was his final year in affiliated ball. One more season at independent Salinas, his hometown, and Dillard was done.