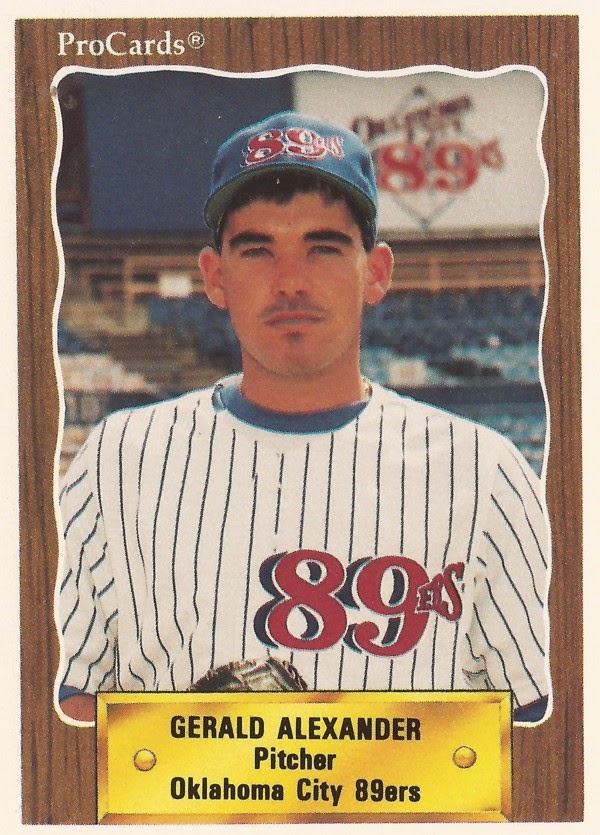 It was a perfect inning of work for the Rangers' Gerald Alexander in this May 1992 game and it was also good enough for the win.

Alexander was the fourth Texas reliever on the night, coming on in the decisive 13th inning. The reliever performance overall, Alexander included, was what Rangers manager Bobby Valentine talked about post-game to The Associated Press.

"That was a nice job by the bullpen," Valentine told The AP. "They gave up one run but held them at bay for us to win the game."

Alexander was in his third season with time in the majors. It was also his last. He got two more big league outings after that win, marking the extent of his big league career.

Alexander's career began in 1989, taken by the Rangers in the 21st round of the draft out of Tulane.

At Tulane, Alexander threw a shutout against North Carolina State in May 1988.

With the Rangers, Alexander made it to Texas quickly, getting there by the end of his second pro season.

He played his first season between the rookie Gulf Coast League and high-A Port Charlotte. In 20 outings, six starts, on the year he posted a 1.52 ERA.

Alexander debuted with the Rangers in September, He got seven innings over three relief outings, with a 7.71 ERA. He debuted by giving up eight singles in a start that lasted just 3.1 innings.

He won his third game of the year in his first start of the year. It was a seven-inning outing where he gave up a single run.