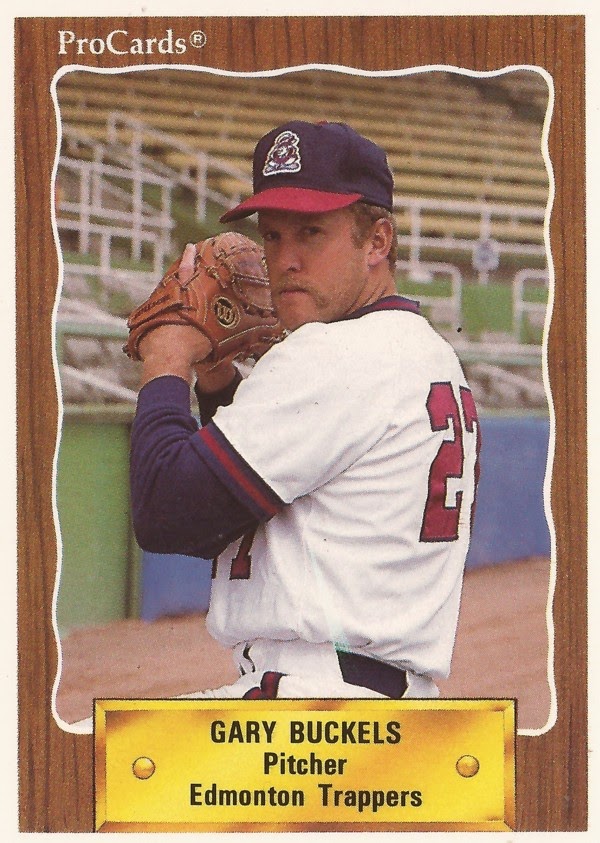 Control was something Gary Buckels had, The Los Angeles Times wrote in 1989. The previous year, at single-A Quad Cities, he struck out 80 more batters than he walked, in just under 80 innings of work.

"For a reliever, it's especially important that you don't put guys on base," Buckels told The Times. "You're usually coming in in tight situations. You've got to get an out."

Buckels got enough outs to be called then an Angels top pitching prospect. He also got enough to make the majors. But the opportunities to get outs in the bigs were few. They were also cut short by the 1994 strike. His final outing of his 10 in the majors came in the second to last game before the strike began.

Buckels' career began in 1987, signed by the Angels as an amateur free agent out of Cal State Fullerton. Before Fullerton, Buckels pitched for Golden West College. At Golden West, Buckels was noted for his durability and his competitiveness, The Times wrote in 1985.

It was also at Golden West that Buckels settled into his relief role, a job he preferred, according to The Times.

"A starter has no pressure on him. He can come out and make some mistakes because the score is 0-0 and it's early," Buckels told The Times. "I like to relieve because you have the pressure not to make any mistakes, and that fires me up."

The reliever's first year as a pro was at short-season Salem, getting into 31 games with a 4.18 ERA.

He spent 1988 largely at single-A Quad Cities, never starting a game, but still picking up 14 wins. His ERA there was 3.18. Buckels also earned a seven-game look at AA Midland, giving up a single earned run there in 12.1 innings of work.

He returned to Edmonton for 1990 and stayed through 1991, without a call up to the Angels. He's not recorded as playing in 1992, the Angels released him that March. Buckels then signed on with the Cardinals for 1993.

It was the Cardinals who finally called Buckels to the majors. He debuted July 23, 1994, fresh off recording the save in the AAA All-Star game as a Louisville Redbird.

With the Cardinals, Buckels gave up three earned runs in 12 innings of work, two of those runs coming on home runs.

Buckels returned for one more season as a player, in 1995, splitting the year between Louisville and AAA Toledo in the Tigers organization.

His playing days over, Buckels spent several years as pitching coach. He spent 2006 and 2007 as a pitching coach with the Gulf Coast Marlins, watching over part of Josh Johnson's return in extended spring training in 2007 from an off-season injury.

"He looked good," Buckels told MLB.com of an early Johnson outing. "He had good downhill plane, stayed on top real well, used his lower half to generate his power. At times, he looked a little slow in his leg lift, trying to get the feel of going out. But he made some adjustments really quick and got his outs."