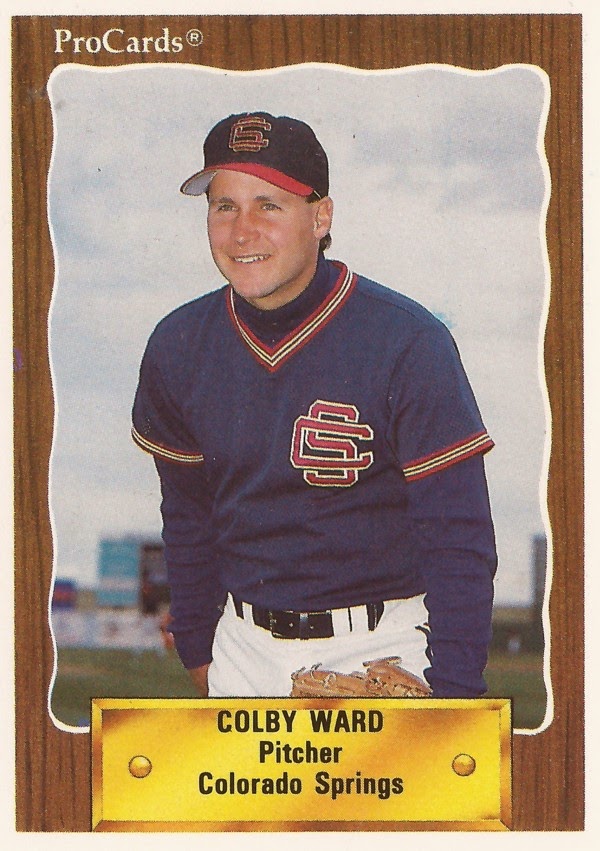 It was a brief outing for Colby Ward, but an important one.

He came on in the eighth inning and faced a single batter, striking him out. With his Indians taking the lead and winning the game, Ward found himself with the win.

"My family came in today and I got my first major-league win," Ward told The AP afterward, "A good day."

He picked up that win in his fifth major-league appearance. It would be his only win. Ward's big league career consisted of 22 total outings, all that year with the Indians, his career shortened by an injury suffered three years earlier off the field.

Ward's career began in 1986, taken by the Angels in the 11th round out of Brigham Young University. At Brigham Young, Ward spent two summers in Alaska, playing in the collegiate league there.

His second season there, Ward returned to the Anchorage Glacier Pilots, one of four pitchers to return from the previous year, The Anchorage Daily News wrote.

"Last year a lot of guys had played together before," Ward told The Daily News in 1985. "This year a lot of the guys don't know each other."

Ward moved to the Indians in mid-1989 in a trade. He started the year at AAA Edmonton and ended it at AAA Colorado Springs.

He debuted in Cleveland in late July 1990. In 22 outings, he picked up three losses and that one win. He gave up 17 earned runs in 36 total innings worked.

Three of those earned runs came on one pitch in late August, a three-run home run. Earlier in August, he picked up his first and only save, going 2.1 innings without giving up a run.

Ward played just one more season, in 1991, spending it largely at Colorado Springs, ending his career.

Ward, though, argued it was an industrial accident, suffered in 1987, that shortened his career. He lost the nail from his right index finger in a book trimmer. In November 1994, he won a lawsuit he filed in the wake of the incident.

"The injury flattened his ball out and made it so it didn't sink," Ward's attorney Allen Young told The AP after the verdict. "It didn't fall."