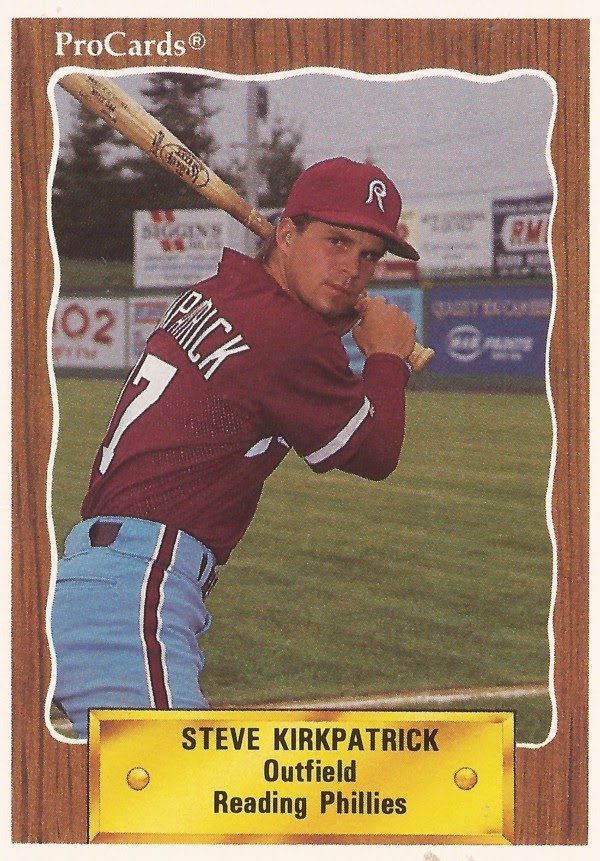 Steve Kirkpatrick explained his success in 1990 by citing a new-found patience at the plate, according to The Reading Eagle.

That success led to a 17-game hitting streak by the end of June for the 5-foot, 11-inch outfielder.

"I'm small and I see a lot of fastballs," Kirkpatrick told The Eagle, "and sometimes I want to go out and get 'em, which doesn't work. I'm waiting for the ball to get to me more than I was. I'm not jumping at pitches."

That season was Kirkpatrick's first at AA for the Phillies. But, with a batting average that ended the season at .243, it was also his last season as a pro.

Kirkpatrick's career began in 1987, signed by the Phillies as an undrafted free agent out of Pepperdine.

At Pepperdine, Kirkpatrick hit a lead-off home run in a February 1987 game, one of five he hit on the year.

Kirkpatrick played his first season with the Phillies at short-season Utica. He hit .289, with five home runs.

He split 1988 between single-A Spartanburg and Clearwater. Between them, he hit .244. He knocked in a run in run with a double for Spartanburg in a June game. He then helped the team to another June by throwing out a runner from the outfield.