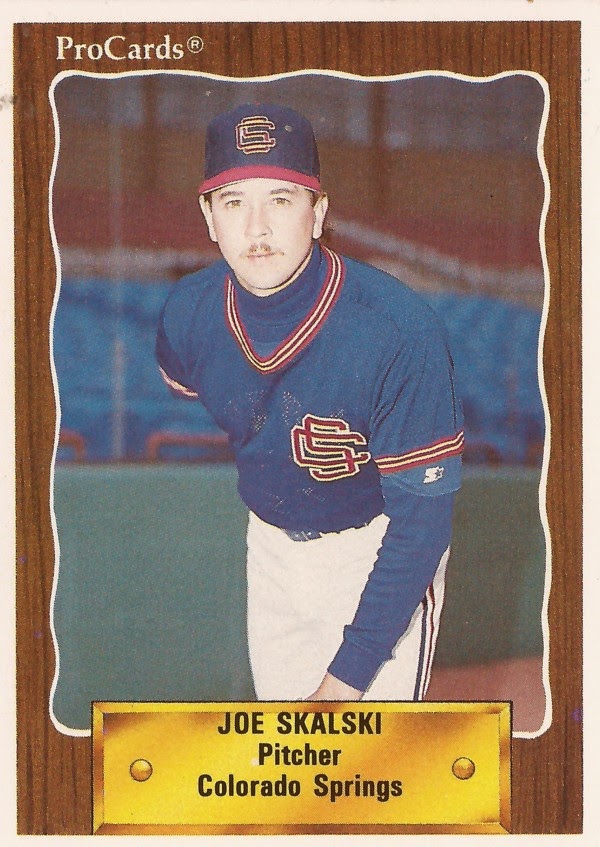 Home plate umpire Ken Kaiser was quick, Joe Skalski thought he was a little too quick.

His Indians down 6-4 in the bottom of the eighth, a Skalski pitch went inside, hitting the Brewers' Charlie O'Brien. The pitch on this night in April 1989 came after the Brewers' starter hit an Indian earlier in the game. Kaiser tossed Skalski.

"I thought he (Kaiser) jumped the gun a little bit," Skalski told The Milwaukee Sentinel afterward.

The ejection not only made it a quick night for Skalski, it also marked the end of a quicker career. He would play the rest of the season at AAA and return to AAA for one more season. But Skalski wouldn't make it back to the majors.

Skalski's professional career began in 1986, taken in the third round by the Indians. Skalski made AA Williamsport in 1987, taking down the Albany Yankees in a late July game by a 4-1 score. He also made the Eastern League All-Star Team. Skalski then got his first taste that year of AAA at Buffalo.

By spring 1989, Skalski appeared en route to a slot in the majors. He also believed he had figured out what was wrong the previous season. He helped prove it with a good season in winter ball.

"Mentally, I just wasn't making the effort," Skalski told The Associated Press. "I finally realized that after last summer. Now I believe I'm a pitcher. I go in with my game plan and I stick with it."

Skalski made the Indians that April. He started April 10, going five innings against the Red Sox and giving up three runs. He also got the loss.

Four days later, he came in in relief. He pitched 1.2 innings, giving up three runs, two earned. He also picked up another loss. His game and his major league career, after two appearances, ended on that pitch to Charlie O'Brien.