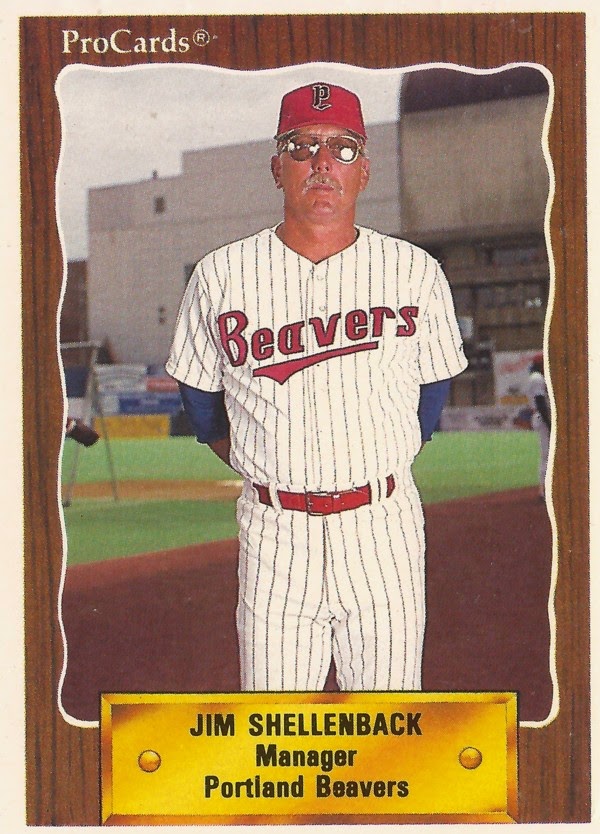 As a pitching coach in the minor leagues, Jim Shellenback has used his own experiences - both on and off the field - as a pitcher to help teach his players the game.

Among his off the field experiences Shellenback draws from is the car accident and shattered leg that threatened his career, but far from ended it.

''To have success on the pro level, a pitcher must learn from his mistakes,'' Shellenback told The Orlando Sentinel 1991. ''Every once in a while you may experience a setback, whether it's an injury or a bad outing. Just learn from it and go on. My goal is to get them to realize their strong points and build on them."

Shellenback was about a decade into his coaching career, serving as pitching coach that year for the AA Orlando SunRays.

He became a coach after a playing career that itself lasted a decade and a half, one where Shellenback saw time in nine major league seasons.

Shellenback's career in baseball has continued and it's continued largely in Elizabethton, Kent., with Shellenback serving as the long-running pitching coach for the Elizabethton Twins continuing into 2012.

Shellenback threw his final pitch in 1977 for the Twins. He started his coaching career by 1983, serving as pitching coach at the top, for the Twins in Minnesota.

By 1984, Shellenback moved to the same position, but at AAA Toledo. He continued at AAA for the Twins through 1990, following the club to Portland. He then moved to AA Orlando and, in 1994, to rookie Elizabethton.

It was with Elizabethton that Shellenback has found a home, serving as pitching coach there over the nearly two decades since.

"Shelly knows how to teach solid pitching fundamentals," Smith told The Star, "and pitching is so thin these days that it's a priority to find good arms and develop them."