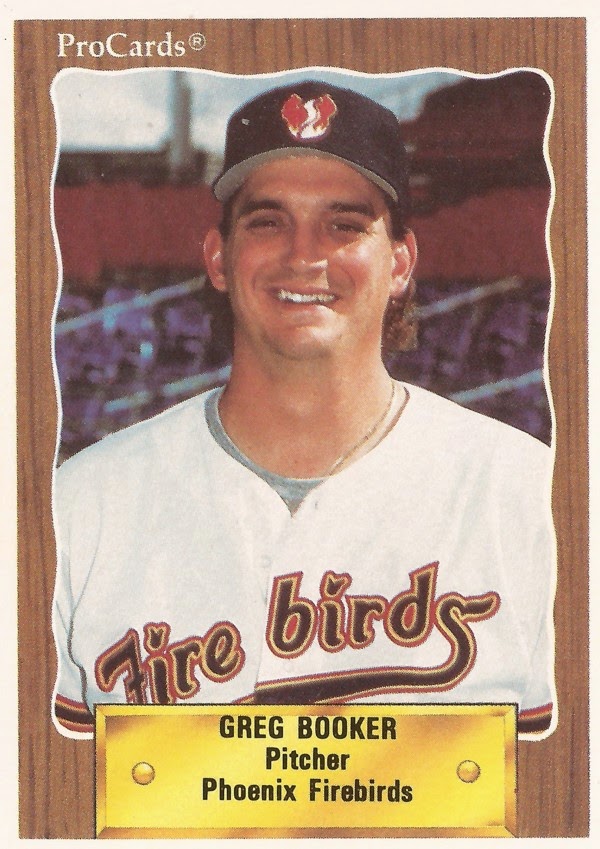 Speaking to The Los Angeles Times in 1988, Greg Booker found that year to be the worst.

It was Booker's sixth straight season with time in the majors and he'd had mixed results. His play, though not always the best or most frequent, by itself was not enough to catch anyone's eye, or ire.

No, that came from who he knew, or who he was married to. Booker's wife, someone he'd known since he was a child, was the daughter of none other than the his general manager and then manager, Jack McKeon.

"They yell when I'm down in the bullpen, where it's real quiet and everybody can hear them," Booker told The Times. "People will actually stop watching the game just so they can mess with me."

It was enough for the Padres to finally trade him away the next year.

Booker's familial relationships aside, he went on to a major league career that totaled time in eight seasons. And Booker's career in baseball is one that has continued over the past two decades, as coach for various teams, major league and minor league.

It also continues this year as the pitching coach for the Syracuse Chiefs, seeing Washington Nationals pitching phenom Stephen Strasburg through his stint at AAA and on to the majors.

Booker's professional career began in 1981, when he was taken by the Padres in the 10th round out of Elon University. A first baseman-turned pitcher, Booker started at short-season Walla Walla, posting a 5.26 ERA.

His second season was worse, at single-A Reno, Booker started 27 games and had an ERA of 6.35. Still, Booker made AAA Las Vegas in 1983 and then, late in the year, San Diego.

With the Padres that first September, Booker appeared in six games, 11.2 innings and gave up 10 earned runs. But he returned for much of 1984 and the reliever appeared in 32 contests, with an ERA of 3.30. He also got ejected from an August game after throwing tight on a batter.

It was that year that Booker also went with his team to the World Series. He got in only two games and three innings. One of those innings came early in Game 3 of the World Series, a San Diego loss. He walked in one run, and walked four in total before being lifted.

Booker went on to just nine appearances for 1985, but returned to 44 in 1987 and 34 in 1988. The 1988 numbers, however, included long stints without an appearance, stints contributing to fan anger, according to The Times.

Out of San Diego after pitching 11 games in 1989, Booker landed with the Twins. He pitched in six more that year for Minnesota. Signing with the Cubs for spring 1990, Booker was released and joined the Giants, where he had his final two unsuccessful major league games.

After several seasons as a minor league pitching coach, Booker returned to the majors in 1997, first as the Padres' bullpen coach, then as the club's pitching coach. He was let go in 2003.

The San Diego Union-Tribune speculated that the departure was for the best, with San Diego constantly reminding him in the 1980s that he was McKeon's son-in-law and, in the 1990s, he was friends with the Padres' manager Bruce Bochy.

More recently, Booker caught on with the Nationals, serving as pitching coach for AAA Syracuse. About his most famous former pitcher, Booker had high praise, according to the Burlington Times News.

"It was exciting the way the kid goes about his business," Booker told The Times News. "He was beyond his years. It was neat working with him and having a small part in it. There’s no doubt about it, he's something."