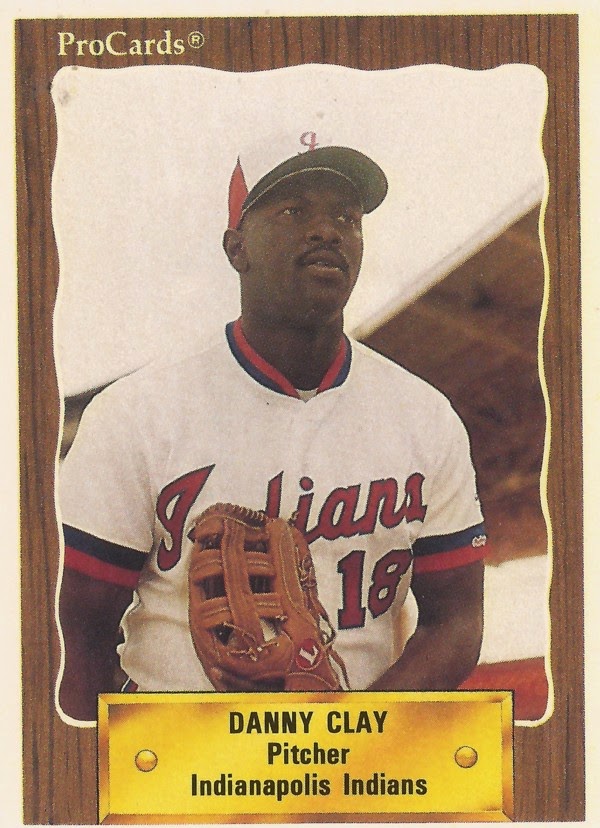 On his way to a 13-9 season at AA Orlando, Danny Clay credited the defense behind him and the hitters giving him a lead with helping him along the way.

In one game in June, Orlando's offense gave Clay an eight-run lead after two innings of work.

"We got that eight-run lead and I was just thinking about getting ahead of the hitters and making them hit the ball,'' Clay told The Sentinel after the game. ''Our defense did the job. I was going at them with my fastball. I owe that 5-2 record to a good defense. And I should be 10-0 the way they hit for me.''

Clay spoke in his third season as a professional, along the way to an eight-season career. It was a career in which Clay would make the majors in one season, for 17 big league appearances.

Clay's career began in 1982, signed by the Twins as a free agent out of Loyola Marymount University. In his first year, 1983, Clay played at rookie-league Elizabethton and single-A Wisconsin Rapids. Between them, Clay went 6-11, with a 3.64 ERA.

In late May 1986, Clay was again complementing others, those making the plays behind him and getting him the runs, going 8.2 innings for a 7-3 win.

"The other pitchers have been all over me," Clay told The Toledo Blade. "They ask me what I do for these guys."

It was AAA again for 1987, and a mid-season three-player trade to the Phillies, with Dan Schatzeder going the other way. With the Phillies, Clay played at AAA Maine. The next year, he also made the majors.

"He was here last year and knows how to handle all the extra hoop-la that goes with an opener," Culver told The Journal. "Some of the younger fellas might be distracted."

By late April, Clay was in Philadelphia. He balked in his major league debut, but did well over all in his 1.1 innings of work, The Allentown Morning Call wrote. Overall, Clay got into 17 games as a reliever, picking up one loss and an ERA of 6.00.

Clay returned to Maine to finish out the year, then returned to AAA at Scranton for 1989. For 190, he signed with the Expos, playing at AAA Indianapolis. He pitched in 19 games, with an ERA of 2.45 there, before he was released.

Indianapolis teammate Steve Fireovid recorded Clay's release from Indianapolis in his diary of that year, "The 26th Man," calling Clay "a manager's dream."

"He had a great attitude," Fireovid wrote in his May 27 entry, "worked his butt off, and kept his mouth shut. A week ago, at the coaching staff's request, Danny switched to a sidearm delivery. He'd struggled a little, but mostly his release was a result of a numbers crunch."

Clay caught on with the Cubs at AAA Iowa for six more outings, giving up one earned run in 5.2 innings, finishing out his career.