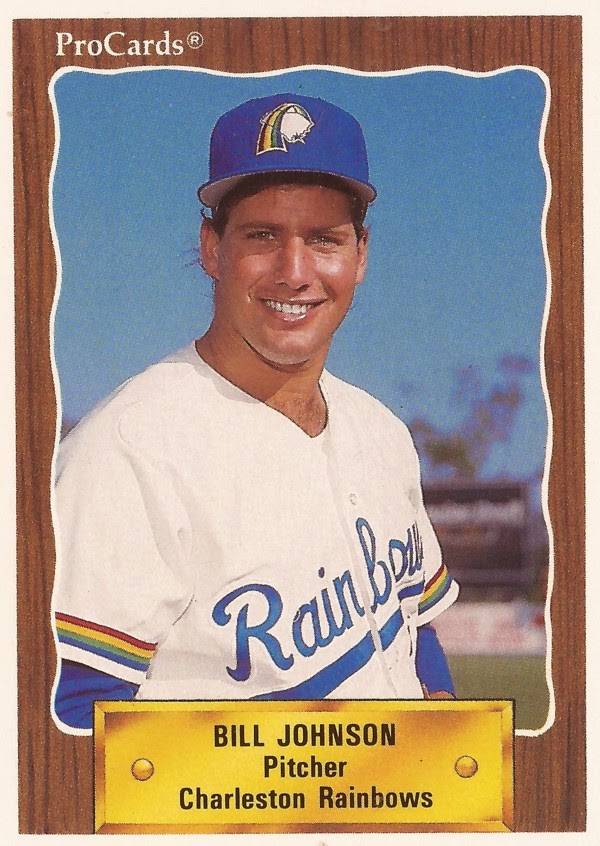 Billy Johnson went seven innings in this early September 1989 game for short-season Spokane. He gave up two hits, according to The Spokane Chronicle.

The performance didn't pass the notice of Johnson's manager Bruce Bochy, especially considering ow Johnson started the year, according to The Chronicle.

"I can't say how impressed I am with his progress," Bochy told The Chronicle. "When we first got him, he couldn't get his breaking pitch over, and his fastballs were all over the place. Now he's throwing like a polished pitcher."

After that slow start, Johnson finished the year with a season ERA of 4.33. He went on to play three more seasons in the Padres organization, but he couldn't continue his late-season 1989 success. He never made AA.

Johnson's career began that year, taken by the club in the 8th round of the draft out of South Georgia College. Johnson is also known as Bill Johnson.

Johnson played that first season at Spokane. Overall, he got into 16 games, starting 12. He went 3-4. He lost two of three starts in mid July, giving up six earned in 18.1 innings. In late August, he picked up his first complete game as a pro.