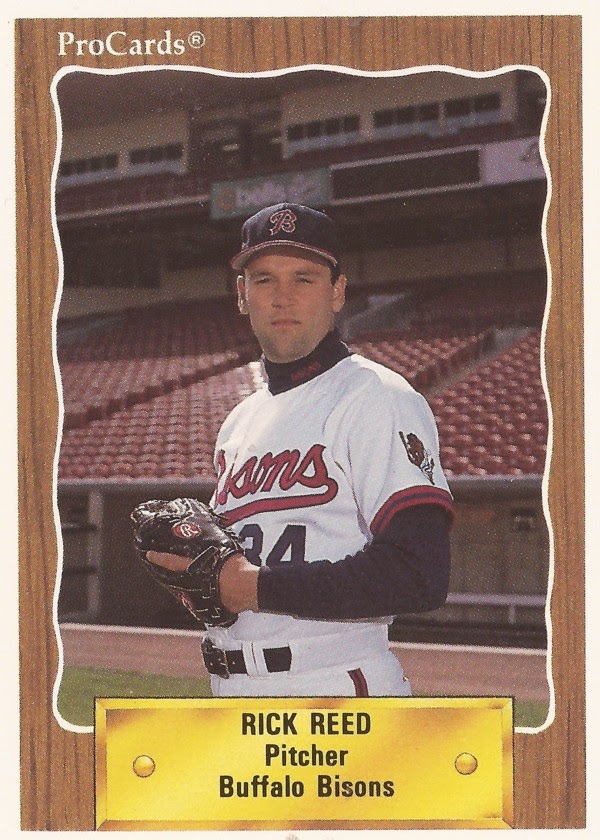 Rick Reed earned a mid-summer call-up to the Reds. But this call-up wasn't like the previous times he'd made the majors. This one came with the extra subtext of the baseball strike, The Chicago Tribune wrote.

Reed had been a replacement player.

The transition, however, was helped along with a solid first outing: He no-hit the Cubs for 6.1 innings before getting a no-decision in a Reds win.

"It was a big load off my back to get out there tonight," Reed told The Tribune in July 1995. "The guys kept coming over to me and patting me on the back. They made me feel like part of the team."

Reed had already played in parts of seven major league seasons prior to the strike, but never more than 19 games in one season.

After the strike, however, he would finally find a home, joining the Mets in 1997, becoming a cornerstone of the Mets rotation for five seasons, a two-time All Star and even starting a game in the 2000 World Series.

Reed's career began in 1986, taken by the Pirates in the 26th round of the draft, out of Marshall University. He played that year in rookie ball and single-A. He started 1988 at single-A Salem, but later made AA Harrisburg and then AAA Buffalo. Then, but August he got his first taste of the majors that August.

He started two games for the Pirates that September, winning one. That one was an eight-inning gem Aug. 8, where he gave up no runs and just three hits.

"I was real nervous before the game, I had a lot of butterflies, but I was alright as soon as I threw my first pitch," Reed told The Associated Press after the game. He added later, "I told myself to go out and try to do what I'd been doing all year and maybe good things would happen."

In one early August outing, Reed allowed three runs in seven innings of work. Given the choice between Reed for the next start, or pitcher Randy Kramer, Pirates Manager Jim Leyland chose Reed. Reed was simply pitching better, Leyland told The Beaver County Times. "He deserves another chance," Leyland told The Times.

Reed got 13 more outings in 1990, but only one in 1991. He was released by the end of the next spring. He spent the next three seasons with the Royals and the Rangers. Then came spring 1995.

Reed signed on as a replacement player with the Reds. Reed took the loss in one early March outing, though he had the most major league experience of anyone on the field, The AP wrote.

"There was nothing wrong with what was out there," Reed told The AP. "It was not major league, no it was not. But it was good baseball."

After making the Reds that July, Reed played in just four games. He signed with the Mets for 1996, but saw his first season without any major league time, spending the season at AAA Norfolk.

''You could see it in his eyes,'' Mets pitching coach Bob Apodaca told The New York Times after that June game. ''This young man always had one more hitter left in him. My God, he picked up this whole ballclub.''

In 1999, before his World Series victory, Reed was marveling at the year he'd had.

"This year has been damn good," Reed told The New York Daily News that October. "The best of my life. I'm healthy and I'm pitching in the World Series. And having (my daughter), it's just incredible."

The hard part, Reed told The Daily News, "was just getting here and staying. All the rest is gravy."