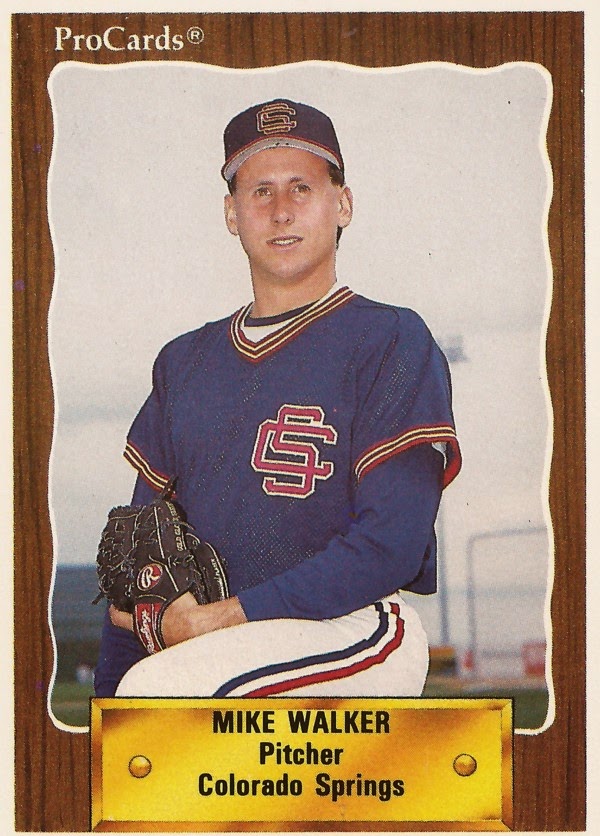 He didn't get either the shutout, or the complete game. But he did get his win.

"I'd have loved to have a complete game shutout and my first win all in the same night," Walker told the Associated Press after the game. "But that leaves me something else to go for. I'll settle for the win this time.

Walker never did get either a complete game or a shutout, but he did pitch in five major league seasons, coming back for three of them as a reliever.

Walker has since come back to his roots, working in the Florida town where he learned the game, overseeing its parks department, helping ensure the children there get the same opportunities he did.

Walker's playing career started in 1986, taken by the Indians in the January draft. He played that season at rookie league Burlington, going 4-6 with a 5.89 ERA.

By September, he'd earned a call-up directly to Cleveland. He went 0-1 in three appearances, one of those a start. He also had an ERA of 7.27. His loss came on his first start, against the Blue Jays. He went six innings and struck out five, but his Indians got shutout.

Called up in July, Walker went 2-6 with a 4.88 ERA. He also started 0-3, before that first big league win in August. After his third loss, Walker went just three innings, giving up four runs.

"When I got behind in the count, I was pretty much serving it up to them," Walker told The AP after that loss. "They made contact. They might not have hit it solid all the time, but they put it in play."

Walker got five more outings for the Indians in 1991, all in relief. Then it was back to the minors for three full seasons in the Tigers and Cubs systems. He didn't return to the majors until 1995, getting 42 relief appearances with the Cubs, posting a 3.22 ERA and picking up a save.

Walker moved to the Tigers for 1996, his final season in the majors. In 20 appearances, his ERA topped 8. But he also picked up another save, getting four outs in a May game.

Walker held on in the minors through 1999, playing at AAA for the Reds, then the team that first signed him, the Indians.

In 2004, he returned to Brooksville, Fla., where he grew up, taking the job as the parks and recreation director for the city, The St. Petersburg Times wrote.

"I grew up here and used to play in these parks," Walker told The Times that March. "There are memories here. It's a second dream come true. Obviously, playing in the major leagues was the first."

His stint, though, hasn't been all dream. In 2010, Walker completed a diversion program after domestic violence accusations, according to The Tampa Tribune. He remains parks director for 2011.