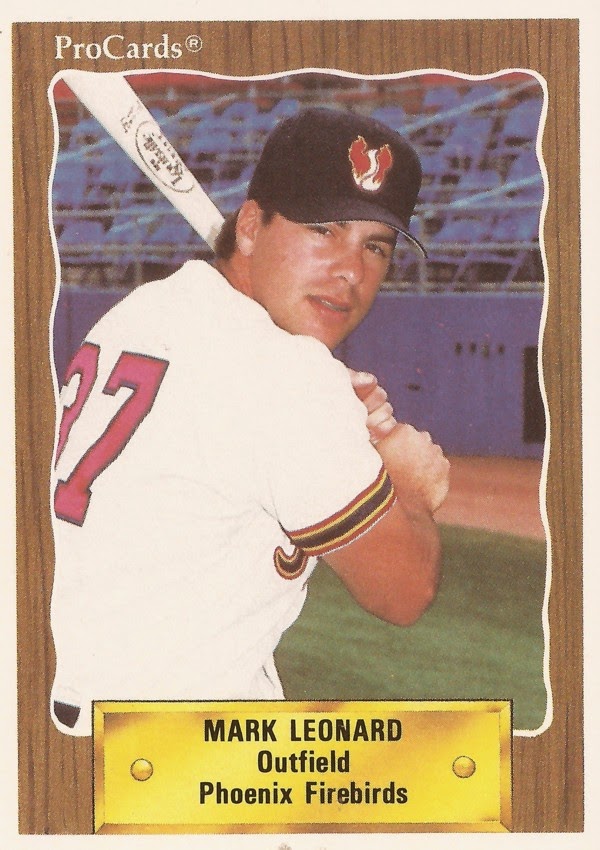 It was a new year and a new team for Mark Leonard, a chance for him to show what he could do, and maybe get some more playing time.

But, by mid-May, Leonard had been to the plate 10 times, knocking in three runs on sacrifice flies, but failing to get a hit, The Baltimore Sun wrote.

"The hits will come," Leonard told The Sun, "but when you've got a chance to drive in the runs, especially like [Monday] night, it's a real satisfying feeling. You've got to get the ball out of the infield and out of the double play. Getting the run in either way is a good feeling."

Leonard was in his fourth season with time in the majors in 1993. He was also coming off a year in which he played 55 games with the Giants.

For Leonard in 1993 and there after, the big league hits didn't come. He only got one that year in 1993, in 15 at bats. He would only get eight more after that for his career.

Leonard's career began in 1986, taken by the Giants in the 29th round, out of the University of California, Santa Barbara.

He played that first year in the short-season Northwest League, hitting .258. He moved to single-A Clinton in 1987, then San Jose in 1988.

"Every game seemed like a playoff game," Leonard told MiLB.com in 2008 of that stretch. "It was exciting to go to the park every day and be around the guys who were all going for the same goal. What I did as far as the numbers go was great, but what I remember is being with the guys.

Leonard hit AA Shreveport and then AAA Phoenix in 1989. In July 1990, Leonard debuted in the majors. He ended up getting into 11 games that summer, getting three hits in 17 at bats.

He got his first big league start July 23, against Fernando Valenzuela and the Dodgers. Giants manager Roger Craig prepared the lefty Leonard for the outing by telling him something that wasn't exactly true, though it didn't seem to help. Leonard still went 0 for 4.

"I told him Valenzuela was right-handed," Craig told The Los Angeles Times. "He said, 'OK.' "

Then he landed with the Orioles for 1993, after a trade. Leonard told The Sun he looked at the trade like a new opportunity.

"It seems like there could be more chances for a hitter," Leonard told The Sun that March. "Plus, this is a good team. It will be nice to be on a club that can win it."

But, while he would play in that season and the next two, Leonard's major league time left was limited. He played in just 34 more games total, 10 with the Orioles that year and 14 each the next two, back with the Giants.

Leonard's career ended in 1996, playing at AAA with the Twins.