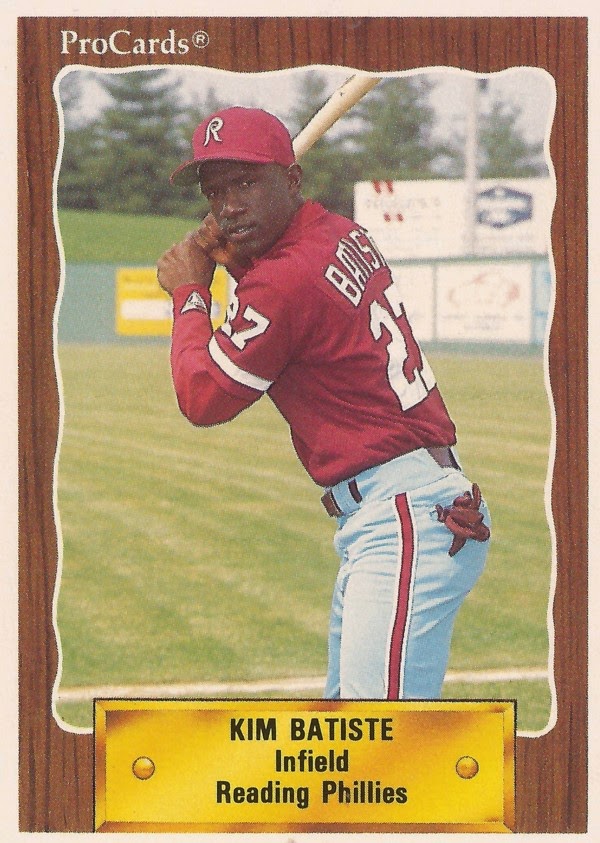 Kim Batiste was supposed to be the big glove in Game 1 of the 1993 National League Championship Series. What he ended up being for the Phillies was the big bat.

Batiste came into the game late and helped lead to the Braves' game-tying run with an error in the ninth, according to The Associated Press. In the 10th though, Batiste came to bat and knocked in the game winner with a walk-off single.

"I was hoping I'd get a chance (for redemption) and I did," Batiste told The AP later. "I was thinking hard about it at the plate."

Batiste appeared in that post-season at the end of his third season in the majors. He ended up only getting time in two more, the season where he helped beat the Braves ending up being his best.

Batiste's career began in 1987, taken by the Phillies in the third round of the draft, out of St. Amant High School in Louisiana.

He started at short-season Utica, making single-A Spartanburg in 1988 and AA Reading in 1990. In 1991, he made AAA Scranton. That September, he made Philadelphia.

After the four-error game, Batiste told The Philadelphia Inquirer two of them may have come with pressure. They had lost the lead. "But that's no excuse," he told The Inquirer. "I'm supposed to make those plays."

Over his five seasons, 221 appearances, Batiste picked up a total of 47 errors.

In 1993, though, Batiste's playing time expanded. He got into 79 games and hit .282, with 10 errors. He also hit five home runs, one of them a grand slam. That grand slam, in August, was also the first grand slam Batiste ever hit, he told reporters later.

"Oh man, I still can't believe it," Batiste told reporters later. "I can't explain the feeling and it's still going on."