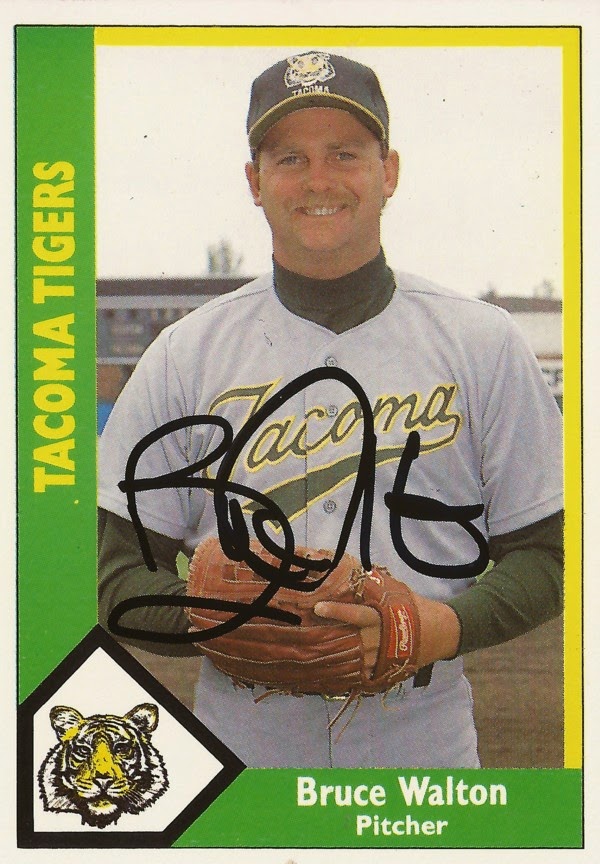 Bruce Walton's approach to coaching is a basic one, he said recently.

"Make a simple plan for every individual pitcher and get him to understand that throwing strikes to the location you're throwing it to is much more successful than throwing the ball hard," Walton said.

It was something he learned himself coming up in the Athletics organization working with mental performance coach Harvey Dorfman.

Walton didn't have the speed to rely on that alone. But he did have the control. He credits his growth in the Athletics organization and Dorfman with helping him to be the coach he became.

"One pitch at a time and command  the strike zone and work ahead," Walton said of his philosophy. "Teach these guys how to be professional strike throwers."

Walton made the majors himself as a player over parts of four seasons. He's now well into his post-playing career as a coach. That coaching career quickly took Walton to the majors, the former hurler spending a decade as a coach for the Blue Jays in Toronto.
For 2014, Walton is serving as pitching coach for the Cubs at AAA Iowa. He spoke to The Greatest 21 Days recently in his office at Principal Park in Des Moines.

Walton covered his life in baseball, from his youth in Bakersfield, Ca., to college in Hawaii and to the pros.

Once in the pros, he had to show he could pitch at the highest level while throwing a fastball that didn't blow people away. He got there through control. Those are lessons he now teaches as a coach.

Walton made the majors in 1991, his seventh season as a pro. He then went on to spend time there over four total seasons, 27 total appearances. In those 27 outings he pitched in 34 innings. He gave up 31 earned runs.

But he got to the majors by doing the same thing he teaches pitchers now: Throwing to a location was more important than throwing hard.

"I think all those experiences I went through, all the knowledge that I gained on those clubs, going up and down, really having to pitch to get people out, all that stuff really played a part in me being a really good coach," Walton said.
"It only took me 4.5 years to get there (the majors) once I retired from playing and the next thing you know, I'm in the American League East in Toronto as a major league coach," Walton added. "I just enjoyed it so much. It was awesome."

Walton threw his last competitive pitch in 1995 in independent ball. It was the very next year that Walton started coaching. He signed on with the Blue Jays to serve as pitching coach at rookie Medicine Hat.

He moved to single-A Hagerstown for 1997. He then became the team's minor league pitching coordinator. In 2002, he moved up to Toronto as major league bullpen coach.

"The major league guy is basically - we got to win," Walton said. "There's not a whole lot of room for development up there. You do have some time to work on some stuff, but every game counts.

"You're working with guys who want to stay in the big leagues," Walton said. "There's a lot of pressure on them to do that, on themselves, and you're also helping the organization win a World Series.

"Compared to the minor leagues, where I'm trying to finish guys off so that when they do go to the big leagues, they're ready," Walton said.

Walton joined the Cubs organization for 2014. He also returned to AAA. The mentality in the minor leagues is toward the future, toward development.

"We'll do a lot of things here development-wise that maybe we'll give up a couple runs trying it," Walton said, "but, over the course of the season, we're not giving up those runs. We're doing it the right way."

"So it's more development here and finishing them off and teaching them how to pitch in the big leagues, rather than looking at the scoreboard and looking at the stat sheet at the end of the day."