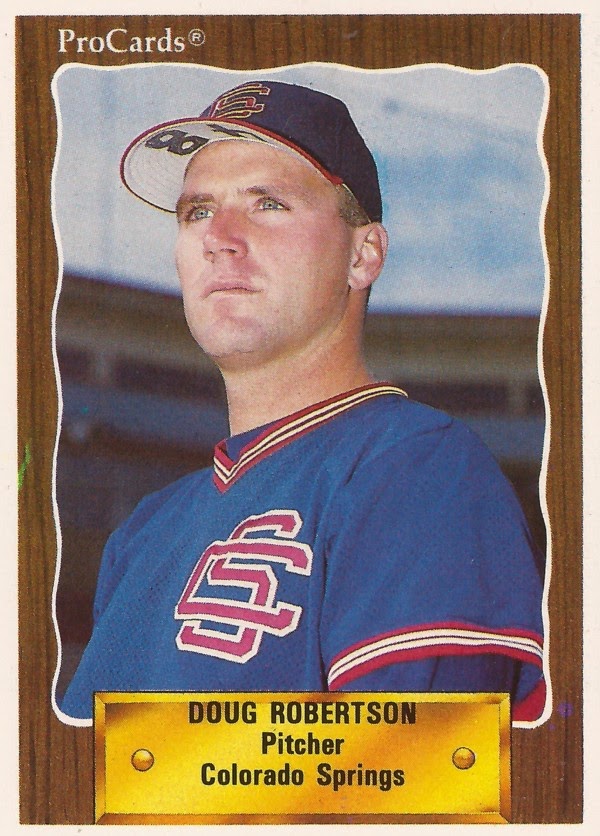 So, in spring 1995, he became a replacement Angel.

"I've got to take care of myself," Robertson told The Los Angeles Times that February "Who am I fooling? Like I'm going to go back to the minor leagues and compete with some 25-year-old? I'm past the development stage."

Robertson got to that point after a seven-season professional career, ending in 1991. It was a career in which Robertson made AAA. But he never made the majors.

Robertson's career began in 1985, taken by the Giants in the third round of the draft out of Cal State Fullerton.

He started at short-season Everett. The right-hander went 4-4 in 13 starts, posting an ERA of 4.43. He picked up one of those wins in July, going seven innings without giving up a run.

For 1988, Robertson moved to single-A San Jose. He also moved to the bullpen. In 57 outings, Robertson's ERA plummeted to just 1.26. He also picked up 23 saves In April, Robertson went 2.1 innings in one game without giving up a hit.

That December, Robertson was taken by the Indians in the Rule 5 draft. With the Indians that spring, Robertson gave up five earned runs in one outing, just getting two outs.

Robertson started the season at AAA Colorado Springs, getting 12 saves in 31 outings. But he also had a 5.76 ERA. Robertson moved to the Brewers mid-year, playing at AAA Denver. He got into 21 more outings there, with a 4.44 ERA.

Robertson then returned with the Angels for spring 1995. He played out the spring. By the end of March, he was trying not to look forward to the opening of the season. But the strike, and his career, would so end.

"We kept playing through spring training like the strike wasn't going to end, and it hasn't," Doug Robertson told The Times in late March. "It would be real disappointing (not starting the season), but you knew going in that could happen. You have to be realistic about it."