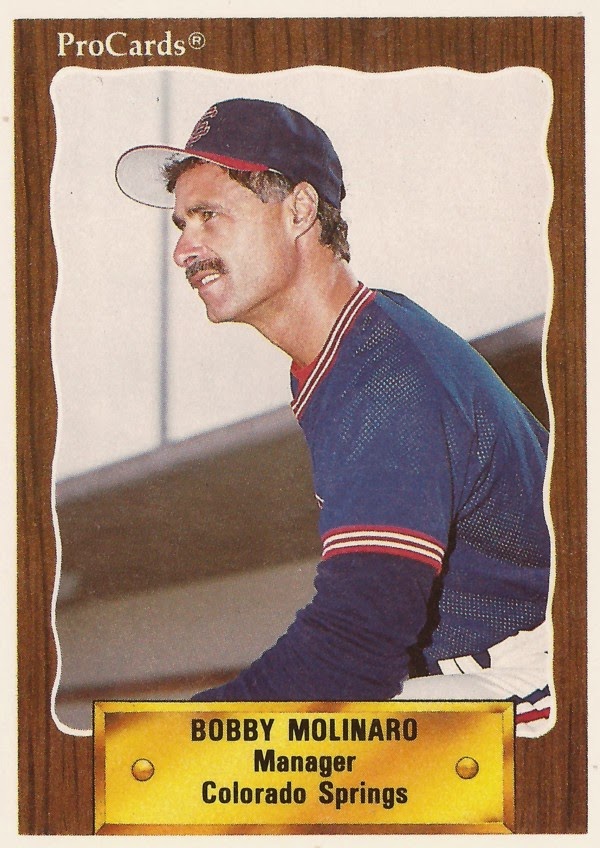 A manager in the Florida State League in 1991, Bobby Molinaro had certain expectations of his players and he made sure let them know about them, according to The Sarasota Herald-Tribune.

After one May game, where his Charlotte Rangers lost 5-4 in an effort the paper called lackluster, Molinaro held a 15-minute, closed-door meeting with his players, the paper wrote.

"We have some players on this team who are not taking the game as seriously as they should be," Molinaro told The Herald-Tribune of his class-A team. "All I ask is for them to stay on top of the game mentally for the 2.5 hours they're between the white lines. We haven't done that with any consistency. We haven't developed mentally."

Molinaro, a former major league player, joined the Charlotte Rangers for 1991, marking his fifth year as a manager in the minor leagues. Molinaro's managing career began after a major league career that saw him play in eight big league seasons and 18 seasons professionally.

Molinaro served as manager of the Hagerstown Suns in 1986. He was credited with taking his Carolina League team to the finals in 1986.

By 1988, Molinaro signed on with the Indians as a roving minor league hitting instructor. By 1989, Molinaro was managing again, with the Indians' AA team at Canton-Akron. He finished the year with a 70-69 record, but his team made the playoffs.

Speaking in August to the Toledo Blade about prospects Troy Neel and Beau Allred, compared to young Joey Belle, Molinaro talked about the others getting a chance.

"Everything is dictated by what the big club needs," Molinaro told The Blade. "Joey Belle deserved a chance. But so do some others."

It was after that that Molinaro tried his hand at playing again, with the short-lived Senior Professional Baseball League. He got a double in one November game, off Fergie Jenkins. The outfielder even got into one game as an emergency pitcher, throwing a perfect inning.

Molinaro returned to the Indians system for 1990, getting promoted to helm the AAA Colorado Springs Sky Sox. But his tenure with the Sky Sox didn't last long. He was fired in June, replaced as manager by Charlie Manuel.

He joined the Rangers system for 1991, taking the team to a 62-70 record. But he didn't last beyond that year, he was fired in September.

Molinaro has gone on to coach younger players, one of them Twins rookie third-basemen Danny Valencia, according to The South Florida Sun-Sentinel. Molinaro started working with Valencia when Valencia was 7. Valencia now calls Molinaro a second father, The Sun-Sentinel wrote in August.

"He's a natural right/centerfield hitter," Molinaro told The Sun-Sentinel of Valencia. "He's got a great arm and has power to all fields. I always thought that he would be a major league hitter."