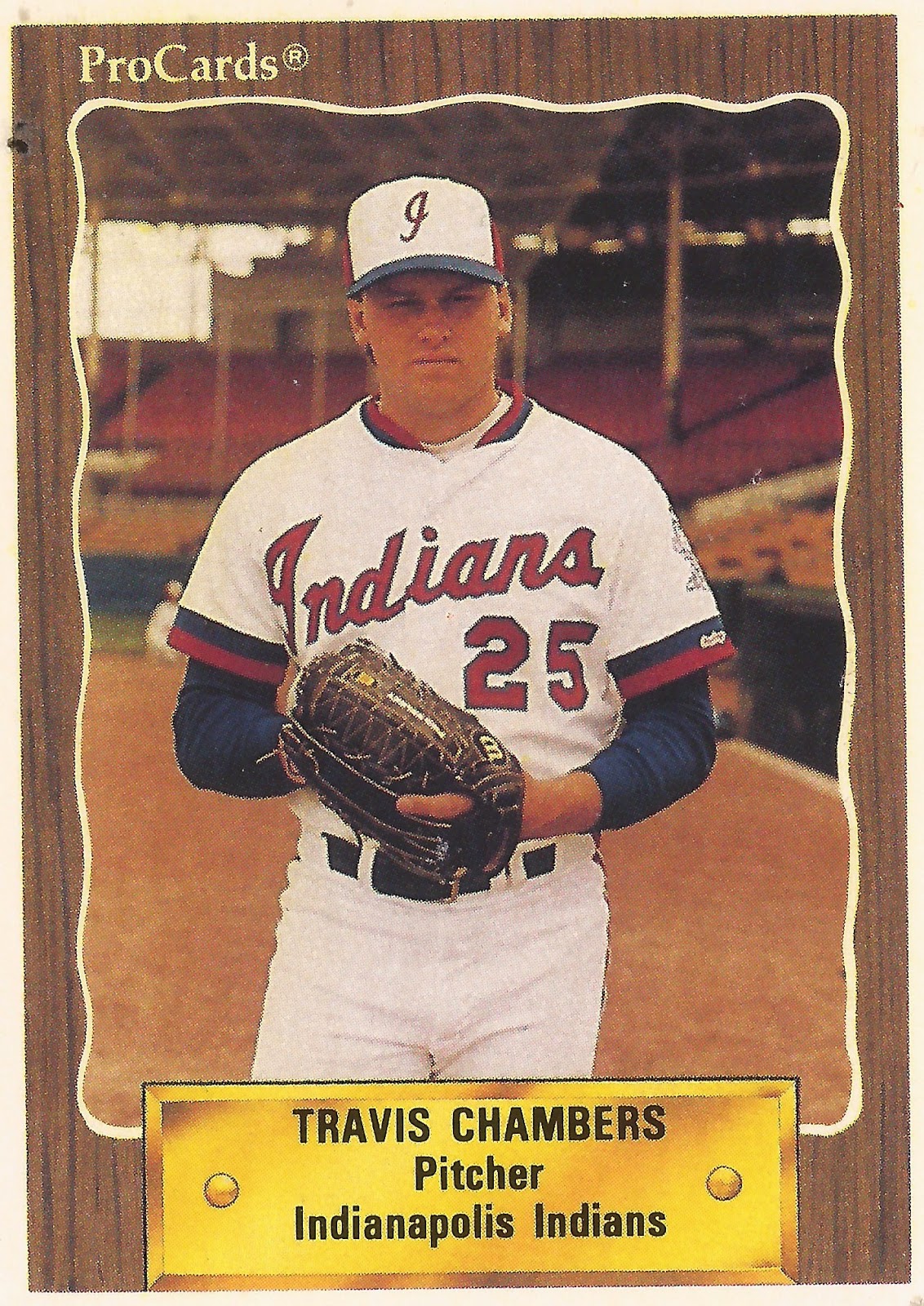 Travis Chambers had just given up a lead May 1, 1990, and Chambers responded by sitting at his locker staring at a ball, teammate Steve Fireovid wrote later in his diary of the season, The 26th Man.

The AAA Indianapolis Indians had been up 4-1 when Chambers came in. The Indians ended up losing 7-5, Fireovid wrote.

The reliever ended up getting into 22 games for the Expos' AAA affiliate that year, picking up one win to three losses. He also posted an ERA of 4.55.

Chambers had just one more season left in a career that spanned seven seasons, but never saw the majors.

Chambers' career began in 1985, signed by the Phillies as an undrafted free agent out of Johnson County Community College.

He played that first year between single-A Spartanburg and Peninsula, serving as a starter at Peninsula and reliever at Spartanburg. At Spartanburg, Chambers posted a 2.13 ERA in 12 outings.

Chambers played 1986 largely at single-A Clearwater, getting a brief look at AA Reading. Between the two, his ERA was 2.88.

For 1987, Chambers moved to AAA Maine. In 64 outings, Chambers posted an ERA of 4.31. He picked up his first of five wins April 23, coming in and working out of a bases-loaded jam. In an August outing, Chambers went five-plus innings of relief, giving up one earned run.

He moved to AAA Indianapolis for 1990, then spent one last season with the White Sox system in 1991.