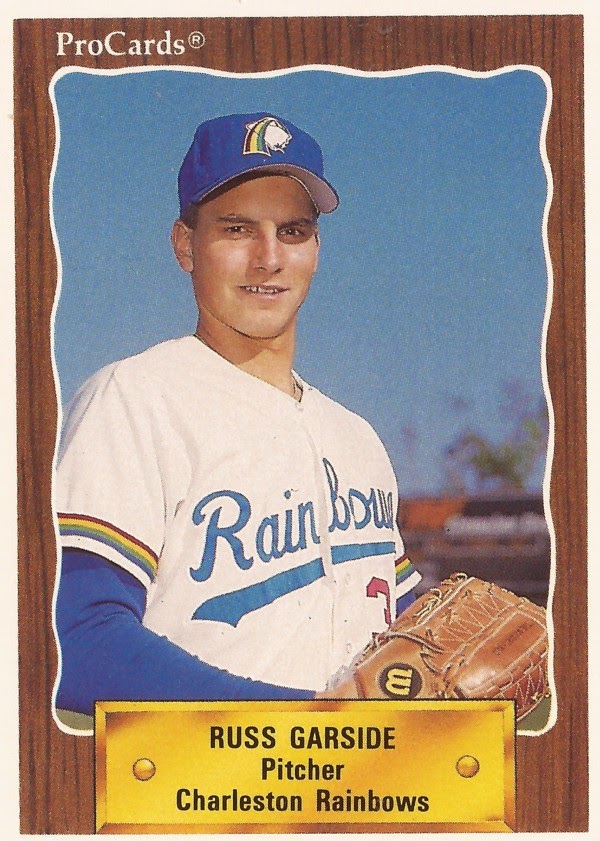 Grady Fuson's Southern Oregon Athletics committed errors in this June 1990 loss to Spokane. But they also faced a good pitching performance from Spokane's Russ Garside, according to The Spokane Chronicle.

Garside went 6-plus in the win, facing two over the minimum in those first six innings, The Chronicle wrote. Fuson gave praise where it was due.

"Tonight was a good ball game," Fuson told The Chronicle. "You've got to give that kid out there some credit."

Garside was in his second season as a pro that summer. His career lasted just three seasons in total. He never made it higher than single-A.

Garside's career began in 1989, taken by the Padres in the fourth round of the draft out of Douglas High School in Nevada.

For 1990, Garside played mostly at Spokane. He also got two starts at single-A Charleston, coming out of there with an 11.25 ERA.

With Spokane, Garside couldn't keep up the pitching from that game against Southern Oregon. In 17 starts, he went 8-3, but had an ERA of 5.66.

He gave up four runs early in a July contest there, before being forced to leave the game due to being struck by a line drive, according to The Spokane Spokesman-Review. In a late August game, he gave up 12 hits in five innings, taking the loss.