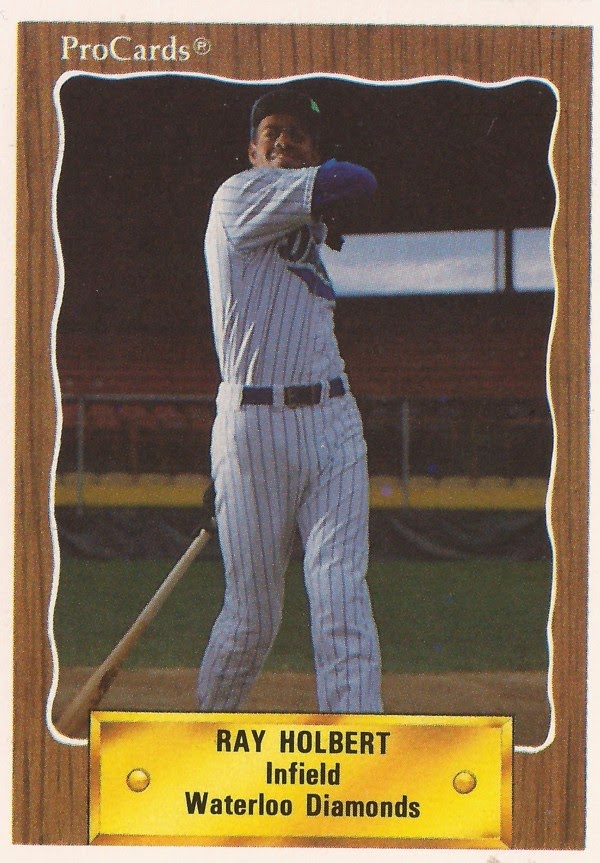 Ray Holbert wasn't hitting well for the Padres in July 1995 and the Reds thought they'd take their chances with him, according to The Associated Press.

So, with two on and first base open, they walked Brad Ausmus to get to Holbert. Holbert made them pay with a grand slam - his first major league home run, The AP wrote.

"When they walked Brad Ausmus, I was teed off," Holbert told The AP afterward. "I've been thinking too much up there. That time I just wanted to swing the bat."

Holbert swung his bat in his second season in the majors. He went on to play in three more. In all, he got into 115 major league games.

Holbert's career began in 1988, taken by the Padres in the third round of the draft out of David Starr Jordan High School in California.

In 1994, Holbert made AAA Las Vegas. He also made San Diego. Holbert got five games with the Padres that May, getting one hit in five at bats.

Holbert returned to the Padres for 1995, getting into 63 games on the year. He ended up hitting just .178. In June, he helped win a game with his base-running, seeing an opening and sneaking to third before scoring the game-winner.

Holbert didn't make it back to the majors until 1998, dealing with hamstring issues in 1996 and playing at AAA Toledo with the Tigers.

For 1998, Holbert signed with the Braves. He didn't make the big club out of spring, but he was the first to get called when an opening came.

"I was pumped when they called me this morning," Holbert told The Spartanburg Herald-Journal early that April. "You're in the big leagues again and with the Braves. I don't know if there's a better scenario."

In September 1999, Holbert had a career game. He collected four hits, scored three times and stole two bases in a Royals win.