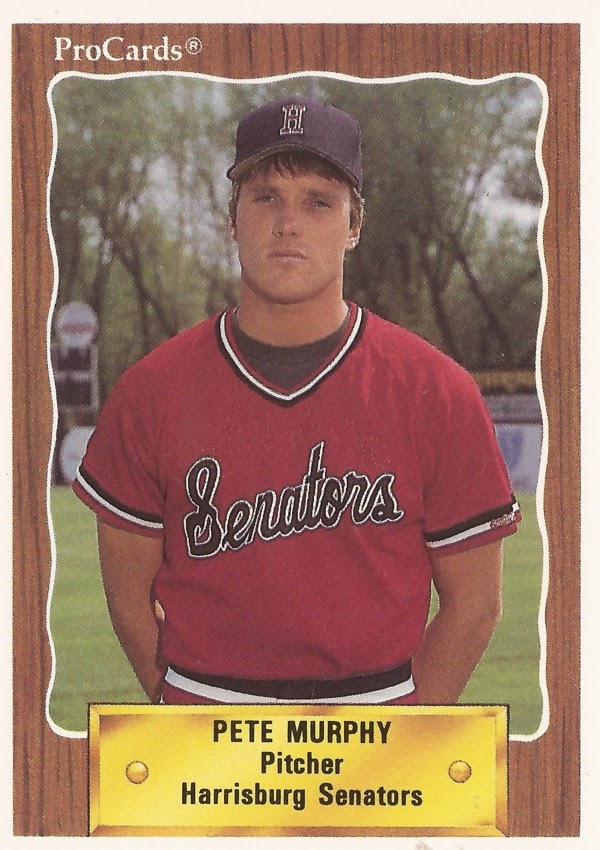 It was a game Columbia lost big, 49-17. But Columbia coach Jim Garrett chose to blame the loss on Murphy. Afterward, he told reporters Murphy would never kick for him again.

"I want to see him when he graduates and goes to work downtown on Wall Street and does the things he did today," Garrett told reporters. "See how long he's going to work for that company, how long Merrill Lynch or Smith Barney is going to have him around."

Garrett later apologized for his remarks and Murphy left the team. But Murphy didn't leave Columbia athletics. He also didn't graduate and go to Wall Street.

Murphy continued on the mound for the Columbia baseball team. He also continued on into the pros. He never made the bigs, but he did play in six professional seasons.

Murphy's pro career began in 1986, taken by the Pirates in the 23rd round of the draft, out of Columbia.

At Columbia, Murphy had a .350 career average on the baseball team, still good for 10th all-time. The season before his football coach's tirade, Murphy was an all-conference punter.

With the Pirates, Murphy started in the rookie Gulf Coast League and at short-season Watertown. Between them, the pitcher went 4-7, with a 3.86 ERA. He pitched three innings for a June GCL win.

Murphy moved to single-A Macon and returned to Watertown for 1987. That spring, he was in the sparse accommodations of the Pirates minor league camp. "It's a little crowded," Murphy told The Pittsburgh Press.

He returned to Harrisburg for most of 1990. He picked up an April relief win with three innings of work. He later went 4.2 innings of relief in an August game, giving up one run.

Murphy played in just one more season, getting 32 outings at AA Carolina in 1991, ending his career.