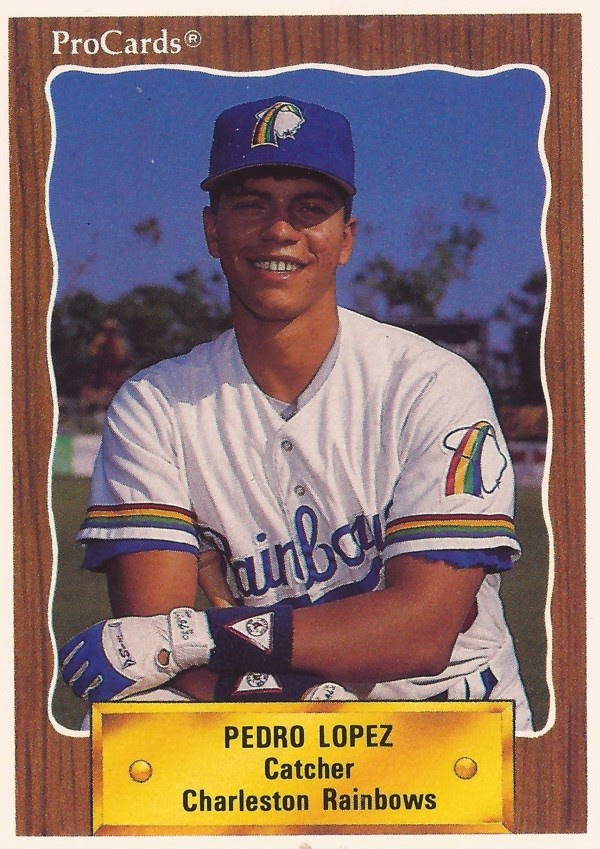 Pedro Lopez' mid-season promotion to full-time manager at Savannah in 2001 was unexpected, but Lopez welcomed it, according The Savannah Morning News.

It was Lopez' first full-time manager's job after a playing career that lasted 13 seasons, The Morning News noted.

"It kind of caught me by surprise," Lopez told The Morning News."But I told him I'm ready. I'm ready to take the challenge."

Lopez was ready. And he's proved it in the more than decade since. He has continued to serve as a manager in the minors almost continuously since then.

Lopez' career in baseball began in 1988, the Padres taking the Puerto Rico-native in the 21st round of the draft out of Arizona Western College.

Lopez played his first season in the rookie Arizona League, moving to single-A Waterloo in 1989. There, and at Charleston in 1990, the catcher didn't break a batting average of .200.

Lopez stayed with the Padres system through 1994, when he got his first look at AAA. In 17 games at AAA Las Vegas that year, he hit .213.

For 1995, Lopez moved to the Brewers and AA El Paso and AAA New Orleans. He played between those levels again in 1996.

He moved to the Astros system for 1997 and he continued with them at various levels until he played his final game in 2000.

In 13 professional seasons, Lopez appeared in more than 900 minor league games and had a career batting average of .247.

Soon after, he started his coaching and managerial career. Signing on with the Rangers, he began 2001 as a Savannah coach. He then became manager part-way into the season.

Lopez managed 2002 at rookie Pulaski, then spent time managing in the Arizona League. He moved to the Mets system for 2008, managing at rookie Kingsport. With the Mets, he returned to Savannah as manager in 2010.

One of the players he watched over in 2010 was future major leaguer Wilmer Flores.

"He behaves himself on the field a lot older," Lopez told WTOC of the 18-year-old Flores that June. "He plays really mature, but he's still a kid."

For 2014, Lopez is managing in the AA Binghamton Mets. To start 2013, Binghamton starter Collin McHugh also got to play for Lopez again, after playing for him previously at lower levels. McHugh had a positive assessment of his manager for The Ithaca Times.