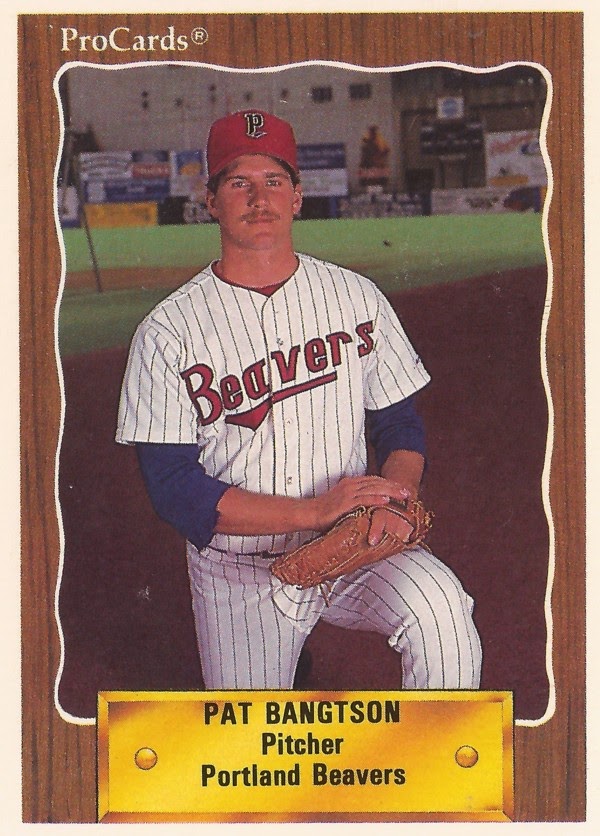 Pat Bangtson just tried to look forward. After the night he had in August 1991, that was about all he could do, he told The Orlando Sentinel.

The Orlando starter, Bangtson barely made it into the fourth in a game Orlando would lose to Memphis 12-0, according to The Sentinel.

''You don't want to have a night like that,'' Bangtson told The Sentinel. ''And if you do, you try to wipe it off your mind and get ready for the next start.''

Bangtson, however, wouldn't be getting ready for much longer. With the end of Orlando's season in 1991 also came the end of his playing days after five seasons. He got as high as AAA, but never made the majors.

Bangtson's career began in 1987, taken by the Twins in the 24th round of the draft out of Kent State. He split that first season between rookie league Elizabethton and single-A Kenosha, posting a 2.73 ERA between them.

That July, Bangtson and teammate Chad Swanson played a prank on the umpires, using pennies to lock them in their hotel room. For the prank, the two were fined $25 each, according to The Chicago Tribune. They also had to deal with upset umpires that next game.

Bangtson did well the next year at AA Orlando, but not as well as he did at Kenosha. He compiled 15 wins, along with 10 losses. His ERA also increased, to 4.76. He gave up seven hits and four runs in a May win. He also had 10 strikeouts in another May game, one lost on a ninth-inning run, according to The Sentinel.

Bangtson went on to return to his home state of Ohio, serving as an assistant coach at Ohio State for 13 seasons. He then went closer to home, to the University of Akron, where, since 2006 and continuing to 2011, his next games were as head coach.

After he was appointed in 2006, Bangtson told reporters he the goal was to win a conference championship and get to the regionals.

"We have a winning attitude," Bangtson said, according to CSTV.com, "but now we need to be accountable for our actions and work hard everyday."