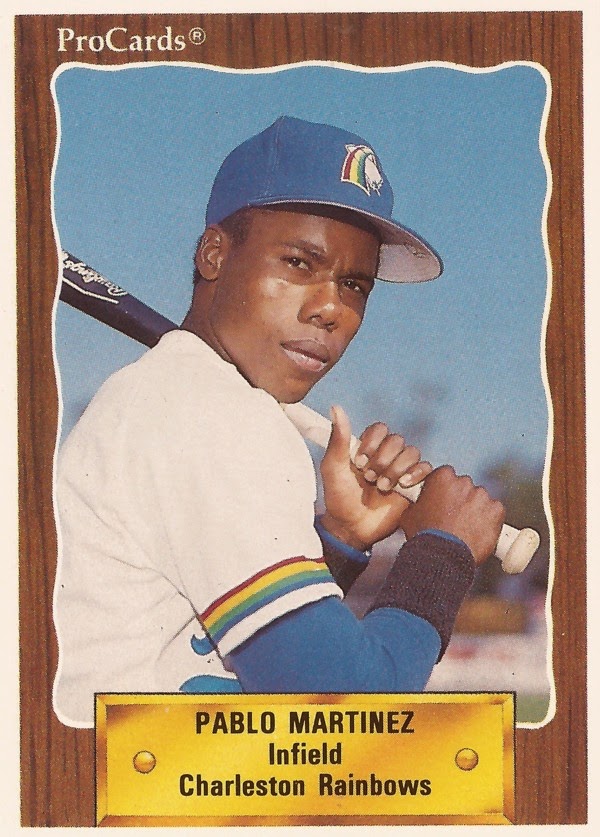 No-hit for the past 27 outs, the Braves needed someone to get a hit.

This was the 16th inning of an August 1996 marathon and Pablo Martinez, freshly up from the minors on his first trip to the bigs was up to bat, according to The Associated Press.

Martinez got the hit, a lead-off single. It was his first in the majors. While he didn't come around to score, the Braves did break out for the win two innings later.

Martinez made that first trip to the majors in his eighth season as a pro. He ended up playing in a total of 13 pro seasons. That trip ended up being his only trip to the bigs.

Martinez' career began in 1989, signed by the Padres as a free agent out of his native Dominican Republic.

Martinez played his first season between the rookie Arizona League, short-season Spokane and single-A Charleston. He hit .218 overall in 78 games.

Martinez made AAA Las Vegas in 1993, then went to the Mets to complete a trade. He played 1994 in the minors with them, then signed for 1995 with the Braves.

He played 1995 largely at AA Greenville. He picked up three hits in a June game. He hit .255 overall.

The next season, Martinez spent largely at AAA Richmond. Then, in July, he got called to Atlanta.

In four games with the big league Braves, Martinez got three plate appearances, two at bats. He got that one hit and got caught stealing. He debuted July 20 and played his final game Aug. 4.