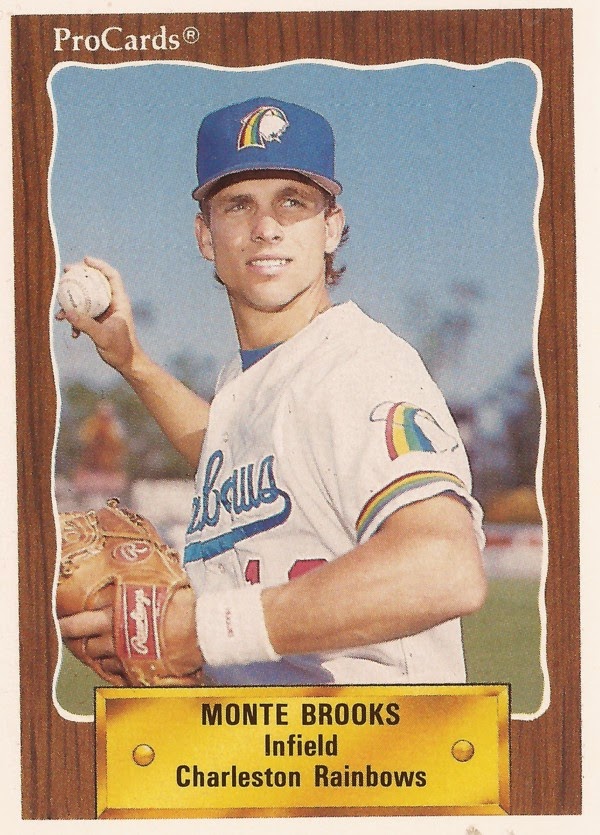 Monte Brooks recorded his 500th victory for The Master's College in February and his thoughts immediately turned to his faith.

The head coach was thankful for the opportunity the small Christian school gave him to teach his players about God and about baseball, according to the school's Web site.

"I have truly enjoyed the relationships with so many faithful players and assistant coaches who have labored alongside me," Brooks said, according to the site. "They have been a tremendous influence in my life and have left an indelible impression on me. My deepest gratitude to the Lord for all the success He has brought to the baseball program."

Brooks went to The Master's College after a professional playing career where he saw time in four seasons. He never made AA. But he did go on to his long career as a coach.

Brooks' career began in 1987, taken by the Padres in the 24th round of the draft, out of San Jose State University.

With the Padres, Brooks switched positions. He played outfield in college out of his coach's concerns over his range. The Padres, though, moved him back to the infield, according to The Spokane Chronicle.

Brooks started at short-season Spokane. He hit .257 in 52 games, knocking in 28. He singled in a run in a June game and knocked in a run in a late-August game, also on a single.

"These things are one in a million, or one out of 50," Brooks told The Spokane Spokesman-Review after the lopsided win. "These things just happen."

Brooks' final season came in 1990, back at Charleston. He singled, stole a base and scored in a June game. Overall, he hit .249, ending his career.

Soon after his playing career ended, Brooks was at The Master's College as a volunteer assistant coach. By 2010, he was celebrating his 16th season as head coach. He told the school's site then that he saw his job as a ministry "in every way."

"Our coaching staff teaches, trains, admonishes, equips, edifies, and confronts sin. In other words we disciple, mentor and, hopefully, model our Lord Jesus Christ," Brooks told the site. "Baseball is an excellent venue to educate these young men in God's Word.  Our overall desire is for them to be godly men."
1990 CMC-Pro Cards Tally
Players/Coaches Featured:1,718
Made the Majors: 822 - 47.9%
Never Made Majors: 896-52.1%-X
5+ Seasons in the Majors: 357
10+ Seasons in the Minors:205
Posted by Steve78 at 9:00 PM