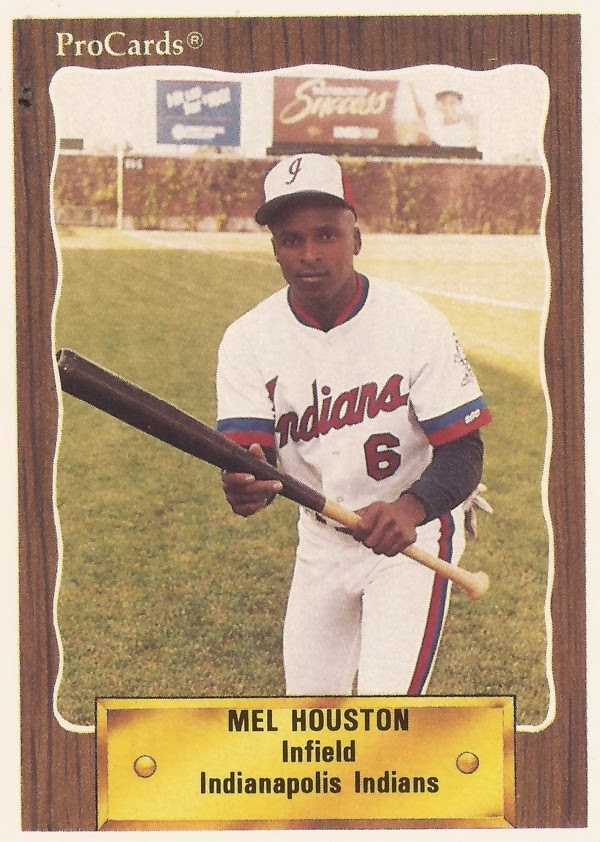 Mel Houston's height varies depending on the source, as tall as 5'9" and as short as 5'1". What's more certain, however, is that, whatever his height was, he was a lot shorter than one-time teammate Randy Johnson.

"Look in Baseball America," Johnson told Sports Illustrated in 1992, "and there's a picture of me and Mel Houston, all 5'8" of him."

It was a comparison that the 6'10" Johnson was never comfortable with. But for Houston, it is the one that has remained his connection to a future hall of famer.

Houston's was a career that would never see the majors, let alone the heights of Johnson's. But it was one that would be often resurrected as an illustration of either how tall the Big Unit was, or how the Big Unit hated talking about how tall he was.

Houston was taken by the Expos in the second round of the 1985 January draft. He spent that year at short-season Jamestown, where Johnson would join him.

When Jamestown Post-Journal sports writer Jim Riggs recalled Johnson in 2009 as Johnson notched his 300th major league win, it was the "memorable photo" of Johnson and Houston that Riggs thought of. Riggs also recalled the height disparity as larger, with Houston at 5'6".

Houston, along with Johnson, moved on to single-A West Palm Beach for 1986. Houston would hit just .185 that year. But he did have his games. In one, July 23, Houston came in hitting .178, but still went 3-for-3. Mostly, however, Houston had the other kinds of games.

"(Mel) gave their pitcher a good at-bat but couldn't get the hit," West Palm Beach Manager Felipe Alou explained to the Palm Beach Post June 26 after Houston failed to get a clutch hit.

A Houston 11th-inning home run sealed an April 14, 1987 win. It was one of just two he would hit that year. The second would be when Houston rejoined Johnson with a promotion to AA Jacksonville.

Houston spent much of 1988 and 1989 at Jacksonville, with a couple brief stints at AAA Indianapolis. He spent all of 1990 at AAA. His height was recorded that year on his CMC card as 5'9", the same as its recorded as at Baseball-Reference. Fifteen more games at Indianapolis for 1991 and Houston's pro career was done.

Five years later, in another story on Johnson, where Johnson told of how he felt is time in the minors amounted to being in a three-ring circus, a New York Times reporter would again use Houston as a comparison for Johnson's height. The reporter would also add a few inches to the height disparity.

"Who wouldn't feel that way," the reporter wrote, "when one of your team's ideas of good promotion is to pose you at every opportunity with a 5-1 shortstop named Mel Houston?"