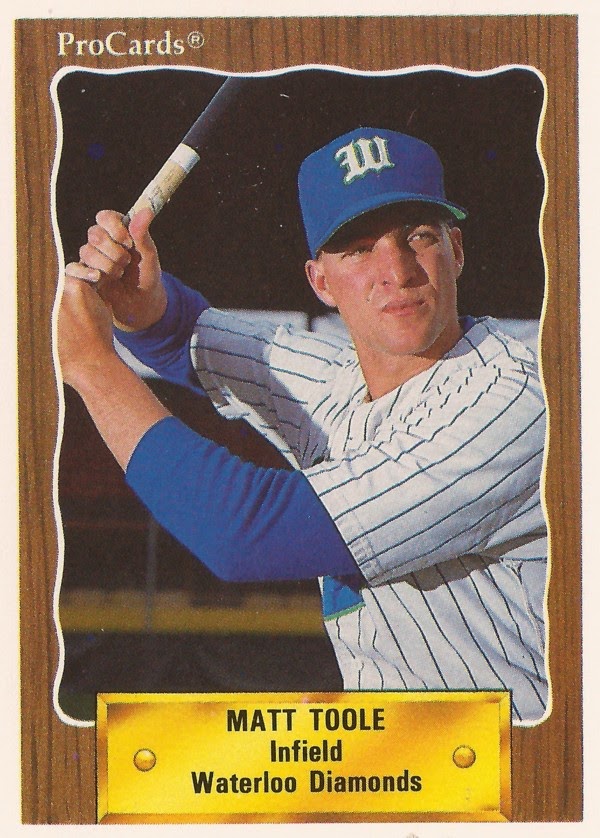 The Spokane Indians finally got some distance between themselves and rival Boise in the fifth inning of this June 1989 game, and they did it with the help of Matt Toole, according to The Spokane Spokesman-Review.

After Boise came back to tie the game twice, Spokane scored five runs in the fifth. The fourth and fifth runs came as the result of a single off the bat of Toole, The Spokesman-Review wrote.

Toole soon found himself promoted to single-A Charleston. But he never got promoted higher. He played just two seasons as a pro.

Toole's career began that year in 1989, taken by the Padres in the 30th round of the draft out of Santa Clara University in California.

At Santa Clara, Toole remains in the school's record books. In four seasons there, Toole amassed 141 runs scored and 227 hits, both still good for 10th all time. His 240 at bats in 1989 is still good for seventh place at the school.

With the Padres, Toole got three games with Spokane and 59 at Charleston. Between the two teams, Toole hit .225, with 16 RBI.