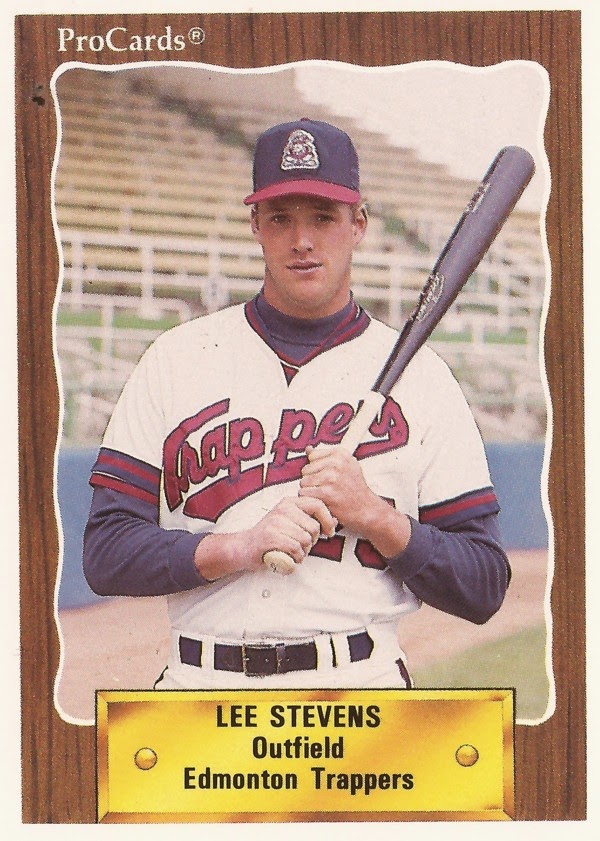 Lee Stevens debuted in the majors with the Angels two months earlier, but this night in Kansas City, the Kansas-native found himself debuting in front of the home crowd.

"It's definitely a thrill, it's right up there," Stevens told his hometown Lawrence Journal-World after his Angels beat the Royals. "I'm trying to have fun with it. It's nice to play in front of the people who mean a lot to me."

Stevens' professional career began in 1986, taken by the Angels in the first round of the draft, 22nd overall, out of Lawrence High School in Lawrence, Kansas.

In a June 1992 game, Stevens hit a home run to help the Angels to a 5-1 win. Afterward, he told The Associated Press he believed he was maturing as a player.

"This game is all between the ears," Stevens told The AP. "You can be the world's greatest athlete, and without that be nothing. I'm beginning to learn that."

On the year, though, Stevens hit just ..221. It was also his last with the Angels. For 1993, he was traded to the Expos, released, then signed with the Blue Jays. He spent the year at AAA Syracuse.

The next two, he spent in Japan, playing for the Kintetsu Buffaloes. He returned stateside, and to the majors, in 1996.

For 1998, Stevens hit .265 in 120 games. He stayed with the Rangers through 2000, before being traded again to the Expos. This time with Montreal, Stevens played two full seasons and part of a third.

In April 2001, Stevens also hit two home runs in a game. He also got another hit and knocked in a total of six, helping Montreal to a 10-0 win.

"It's just one of those days when things went your way," Stevens told The AP afterward. "I got some good swings on some balls and some guys in front of me got on base, so I had RBI situations."

Stevens finished out his major league career with one more season, in 2002, starting with the Expos and ending with the Indians, finishing out his career after 10 seasons in the majors and those two in Japan.