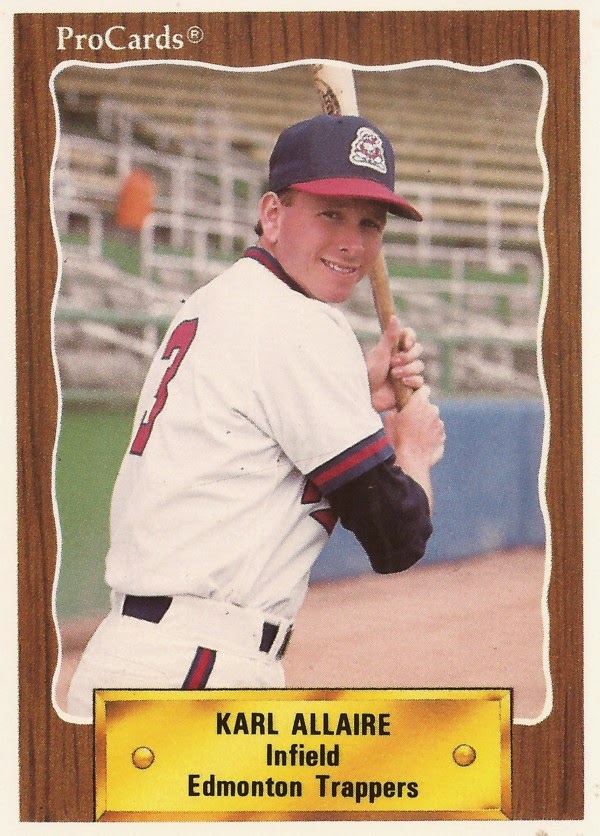 Karl Allaire's expectations had lowered over the years.

He still dreamed of making the major leagues, but, by 1992, he was also realistic.

"I'm a journeyman minor-league player," Allaire told The Associated Press that July, as a member of AAA Toledo. "Even if I make it up there, I know I'll just be a utility player."

Allaire was in his ninth season in the minors. It was also his last. He never made it to the majors as a utility player or otherwise.

Allaire's career began in 1984, taken by the Astros in the second round out of the Community College of Rhode Island.

Allaire played that first year between three teams, short-season Auburn, and single-A Daytona Beach and Asheville. He hit .223 with one home run between them.

With Daytona Beach for the 1985 playoffs, Allaire hit a two-run home run to tie one game, sending it to extras. The game went 19 innings, Allaire going 6 for 7 overall, The South Florida Sun-Sentinel wrote.

He hit .273 for Tucson that year, his final one with the Astros. Arriving with the Angels for 1989, Allaire played at AAA Edmonton into 1990. In one April 1990 game, Allaire had the misfortune to commit five errors in one game, tying the league record, The Los Angeles Times wrote.

Hitting just .245, the Angels released Allaire by mid-July, he then signed with the Tigers, arriving at Toledo. He stayed with Toledo through 1992, ending his career.

More recently, Allaire has worked with good friend and fellow Rhode Island-native Rocco Baldelli. In 2004, speaking to Baseball Digest, Baldelli cited Allaire as the player he'd learned the most from.

Allaire worked with Baldelli before spring 2010, trying to make it back from injury and illness.

"I definitely think it's worn on him,'' Allaire told ESPN.com in January 2010, of Baldelli's health issues. "He's put up a little bit of a shell. People are always asking him, 'How do you feel? What do you think is going to happen?' It's human nature to just get sick of hearing it. With all the stuff he's been through, it's been a tough ride the last few years.''