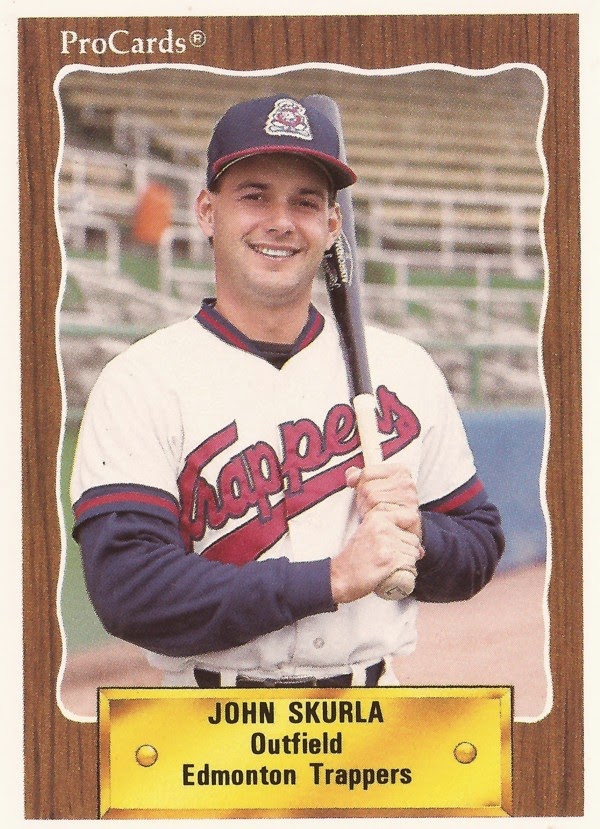 Eastern Washington made a mistake in that May 1984 conference tournament game and John Skurla made them pay for it.

After a botched double play in the ninth inning, Skurla sent his Washington State Cougars to a 4-3 victory, The Spokane Chronicle wrote.

"It was a curveball," Skurla told The Chronicle afterward of the game-winning hit. "I was looking outside, and he came with the curve. I was looking for a curve, slider away."

Skurla would soon be ready to hit curveballs as a pro, selected in that next month's draft by the Giants in the 19th round.

His first attempts as a pro, though, would have to wait. Skurla broke his hand in a motorcycle accident after the season, The Chronicle wrote.

Skurla didn't make it onto the field until 1985, assigned to single-A Clinton. Once there, though, he did well, hitting .272 with 52 RBIs and 17 stolen bases.

For 1990, Skurla started briefly back at Phoenix for one game. Then he moved to the Angels system, at AAA Edmonton. There, he saw 42 games, hitting just .236.

Skurla also saw time at AA Midland that year, with 32 games. Skurla hit .268 at Midland. By December, though, Skurla was released, ending his career after six seasons and ending it short of the majors.