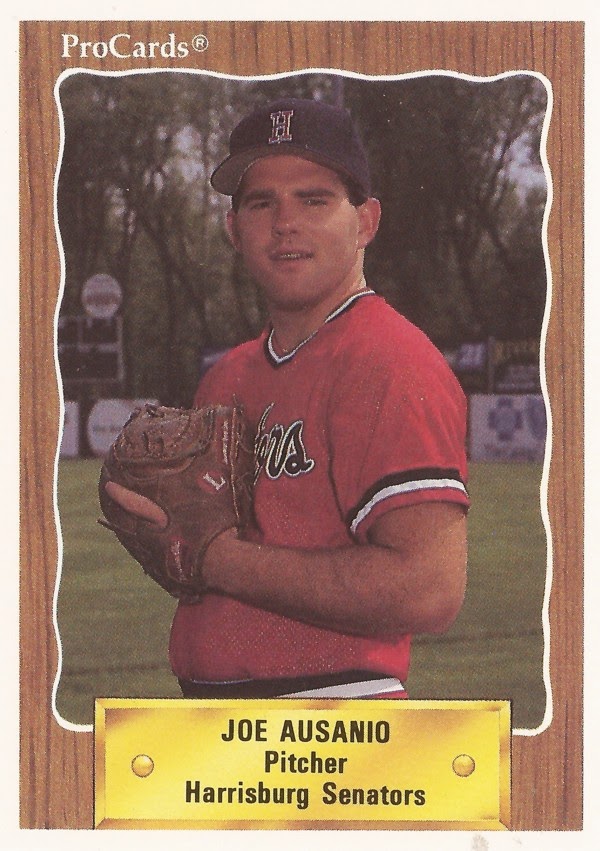 Joe Ausanio's first stint in the majors lasted a month. Then the 1994 strike came.

As the players left to go their separate ways, Ausanio assessed his time in the bigs to The New York Times.

"I can say very, very confidently that if I never pitch again in the big leagues, without a doubt, this is the greatest month in my life," Ausanio told The Times. "How can I regret anything? It's been a dream come true."

Ausanio made the majors that year in his seventh season as a pro. And he did return to the majors. He got time in one more season before his big league time was done.

In all, Ausanio played a decade as a pro. It was a career that set him up for a post-playing career as a college coach - a softball coach. He's also stayed involved in minor league baseball, serving as director of baseball operations with the Hudson Valley Renegades.

Ausanio's career began in 1988, taken by the Pirates in the 11th round of the draft out of Jacksonville University in Florida. He went to Jacksonville out of Catholic High School in Kingston, NY.

Ausanio started at short-season Watertown. He moved to single-A Salem for 1989 and AA Harrisburg for 1990.

He first made AAA Buffalo in 1991. But he didn't make the majors until 1994, after a move first to the Expos and then to the Yankees system.

Ausanio returned to the Yankees for 1995. He got into 28 games, picking up two wins and a single save. That save came in a 7-1 Yankees win where Ausanio teamed up with two other long-relievers. Ausanio pitched the final three innings.

"It helps us as far as confidence is concerned," Ausanio told The Associated Press afterward, referring to himself and the two other hurlers, "and it helps the team have confidence in us."

Ausanio continued pitching in the minors for two more seasons, with the Mets and Rockies systems.

He soon signed on with the New York-Penn League's Renegades as director of baseball operations. He also eventually got into coaching, signing on with nearby Marist College as head softball coach.

Ausanio told The Middletown Times Herald-Record in 2013 he looked back on his playing days in his approach as a softball coach. He tells his players he's always out looking for their replacements.

"I'd tell them I take it from the mentality that when I was a pitcher," Ausanio told The Times Herald-Record. "I looked down into the minor leagues and there were 100 guys who wanted my job. I tell the girls, 'When I am out recruiting, I am trying to find girls who are hungry for your job.' What it does is it pushes them to become better, as well.''