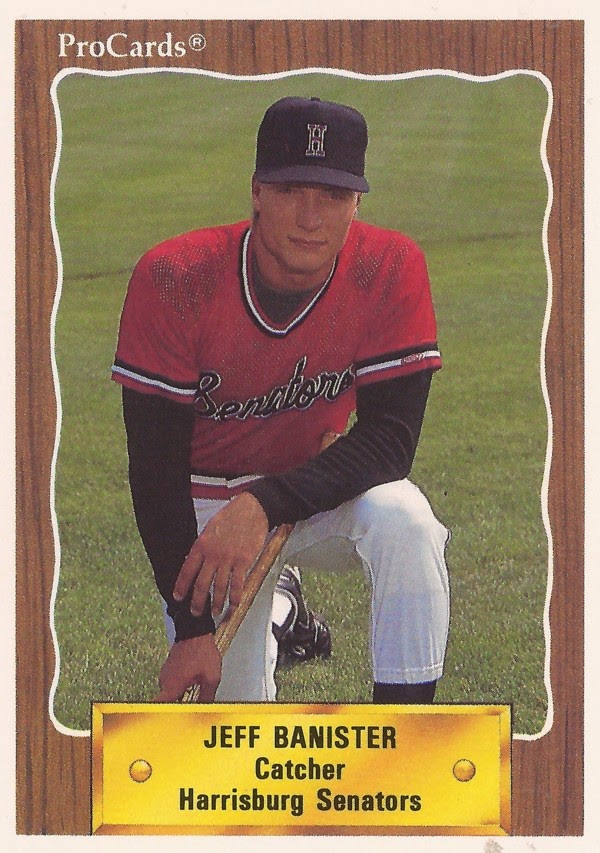 In high school, Jeff Banister was diagnosed with a cancer that threatened his leg. With multiple operations, he overcame that and continued playing.

In college, a home plate collision shattered three of the catcher's vertebrae. He was left unable to move for 10 days and there was talk he wouldn't walk again. He recovered and he continued playing.

"I've been through some awful tough times in my life," Banister told The Beaver County Times in July 1991. "But the one thing that always kept me going was baseball. I love this game so much and have so much respect for it. Often, my love for baseball was the only thing that kept me going."

Banister kept going. He kept going to the majors.

The occasion of his talk with The Times was his call up to the Pittsburgh Pirates. The call up came in his sixth professional season. It ended up being his only call up as a player. He got into a single game, a single at bat. He got a single.

And Banister kept going from there. His playing career over, he became a coach, manager and field coordinator in the Pirates organization. In 2011, he returned to the majors, returned to Pittsburgh, as a bench coach. He continues that job in 2014.

Banister's career in baseball began in 1986, taken by the Pirates in the 25th round out of the University of Houston.

Banister's health issues began at LaMarque High School in his Texas hometown. A seeming ankle injury led to the discovery of the cancer. A doctor recommended his leg be amputated below the knee. It took seven operations and six months in the hospital, but Banister kept his leg.

Then, at Lee Junior College in Texas, Banister suffered that home plate collision. After being paralyized for 10 days and after more operations, he walked - and played - again.

By 1986, Banister was not only well, he was at a new school the University of Houston. He also caught the eye of the Pirates, who selected him late in that June's draft. Banister was a professional.

With the Pirates, Banister started at single-A Watertown, hitting .148. He made AA Harrisburg in 1988, then got his first look at AAA Buffalo in 1990. He hit .272 that year between Buffalo and Harrisburg.

Banister started 1991 back at Buffalo. Then, that July, he got his call to Pittsburgh. The news was relayed by Buffalo manager Terry Collins, according to The AP.

"He called me at 12:30 and said I was going to Pittsburgh," Banister told The AP. "It came out of the blue ... it's something I've dreamed about for so long. It's like it's not even real."

Not there to share in that moment were his father, grandfather and the doctor that helped him through. All three passed away three years before, within three weeks of each other.

After his call up, Banister told The Greene County Observer-Reporter he never asked why everything happened.

"I don't even know I want the answer," he told The Observer-Reporter. "I just thank God for all the chances I've been given."

Banister's debut came July 23, against the Braves. Put in as a pinch hitter in the seventh, Banister hit to the hole on the left side for a single.

It was his first major league at bat. It was also his last.

That season was his last full time as a player. By 1993, he was hitting coach at AA Carolina. By 1994, he was a manager, taking over short-season Welland. He also used his experiences as a player to motivate his team.

"I hit .148 in this league my first year," Banister told The Pittsburgh Post-Gazette in a feature on the team, "and I still got a chance to play in the big leagues. I remind them of that when I see them not working on what they need to work on, not working on making the adjustments they need to make."

Banister continued managing in the minors through 1998. He then became Pittsburgh's minor league field coordinator, a job he held for more than a decade.

In 2011, Banister returned to the majors as Pittsburgh Pirates bench coach. He was there for the playoff run in 2013 and he continues there for 2014.

"Jeff really is a remarkable person and a remarkable story," Pirates owner Bob Nutting told The New York Times in October 2013. "The character that he demonstrates every day, in his own life, makes everyone around him a little bit better. I think that's true in the clubhouse and throughout the organization. I love Jeff."
1990 Minor League Tally
Players/Coaches Featured:1,712
Made the Majors: 822 - 48.0%-X
Never Made Majors: 890-52.0%
5+ Seasons in the Majors: 357
10+ Seasons in the Minors:205
Posted by Steve78 at 1:00 PM