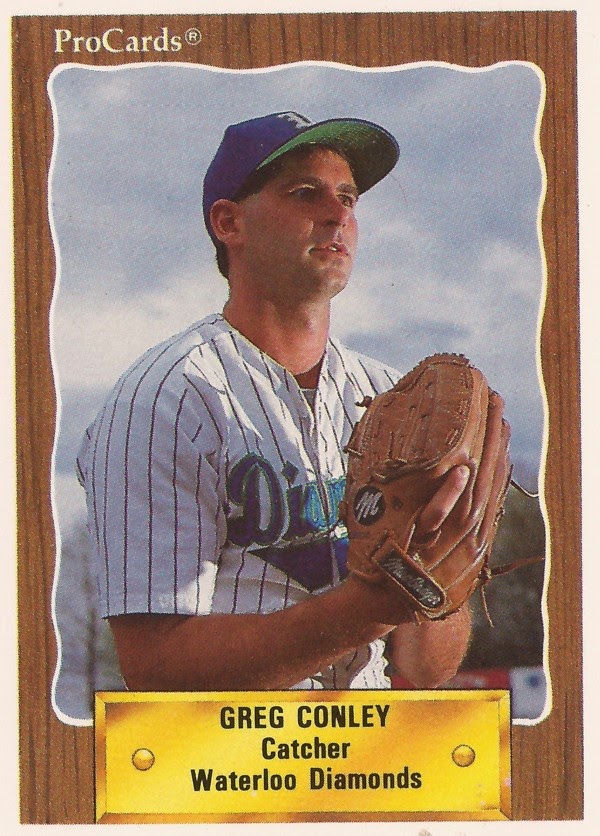 The Spokane Indians edged out a win on this night in July 1988 and catcher Greg Conley's work behind the plate was given part of the credit.

That's because the catcher Conley called for the pitches his coaches would have called for, according to The Spokane Chronicle.

"Conley did a whale of a job calling the game," his pitching coach Jack Lamabe told The Chronicle.

Conley's career began that year in 1988, taken by the Padres in the 26th round of the draft out of Rollins College in Florida.

Conley went to Rollins out of Portland, Maine. In Portland, Conley was part of a squad that went to the 1981 Babe Ruth World Series.

At Rollins, Conley remains in the school's record books. He got 241 hits in his career, still 10th all-time. His 159 RBI and 72 extra-base hits are both still ninth all-time. He had a home run in a March 1988 game.

With the Padres, Conley started at Spokane. In 49 games, he hit just .198. He had three RBI in a July game.

He moved to single-A Charleston for 1989, hitting .241 there, with five home runs and 41 RBI. For 1990, he played most of the season at single-A Waterloo. He also got two games at AAA Las Vegas. He got two hits in six at bats there.

Conley got into just 55 games in 1991, time split between high-A High Desert and AA Wichita. For 1992, Conley moved to the Indians system and single-A Columbus. After 15 games there, Conley's career was done.

By 2011, Conley was living in Georgia. He also spoke with his hometown Portland Press-Herald about his old Babe Ruth team's run to the World Series on the occasion of the 30th anniversary of the trip.

Helping them get there was a Conley-caught perfect game in the regional championship, The Press-Herald wrote.