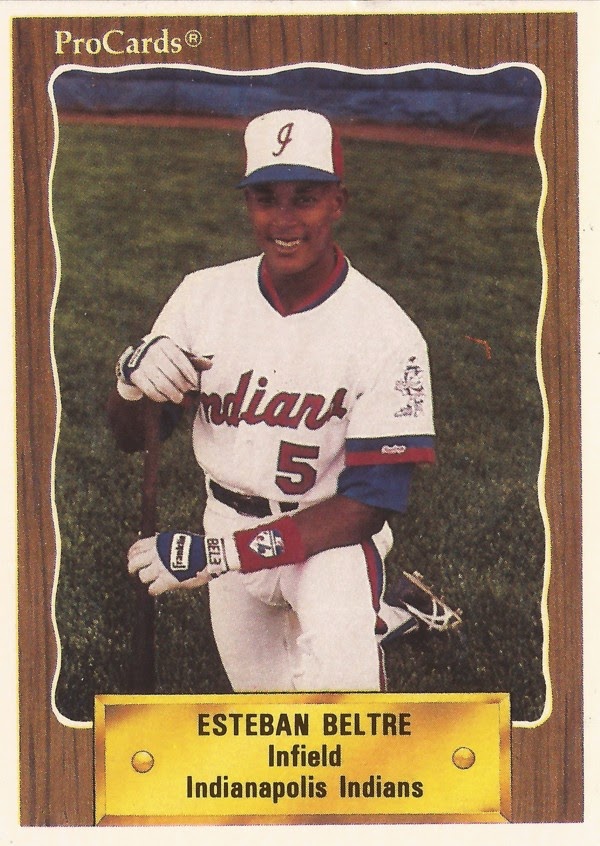 The White Sox beat the Twins by a score of 19-11 this game in August 1992. Helping the White Sox get those 19 was Esteban Beltre and his first major league home run.

It was a show of power that the 24-year-old Beltre's manager Gene Lamont told The Chicago Tribune he wasn't surprised to see.

"If you watch him in batting practice," Lamont told The Tribune, "he`s got some pop."

Beltre's career began in 1984, signed by the Expos out of his native Dominican Republic at the age of 16.

He started that year at rookie Calgary, making AA Jacksonville by 1987, then AAA Indianapolis in 1990.

Beltre moved to the Brewers and White Sox systems in 1991. That September, he also arrived in Chicago. In eight games with the White Sox that year, Beltre got one hit in six at bats.

He returned to Chicago for another 49 games in 1992, hitting just .191 with that one home run. Beltre also worked on his defense, The Tribune wrote, learning to temper his throws to first base.

"I don't have to use my arm all the time," Beltre told The Tribune. "I've learned that. 'Manzo' (infield coach Doug Mansolino) told me, 'You don`t need to throw hard every time somebody hits you a ground ball."

Beltre spent 1993 back at AAA with the White Sox, at Nashville. He returned to the majors in 1994 with the Rangers, getting into 49 games. In July, Beltre recorded the second-to-last out in Kenny Rogers' perfect game.

Beltre, though, continued playing, trying to get back. In 1997, he tried his hand at pitching, working to put that hard-throwing arm to better use.

By 1998, he was back in the infield again, playing at AAA with the Twins. In 1999, he played with the Orioles and White Sox systems, then, finally with the Diamondbacks at AAA Tucson in 2000.

In July 2000, Beltre worked to be a Diamondback, or maybe even to be traded to a team that would bring him up. He just tried to show what he could still do.

"This time of the year, when those guys (scouts) show up, the only thing I think about is doing my job. Whatever happens will happen," Beltre told The Tucson Citizen .

Beltre, though, didn't get traded and he didn't get called up. His career ended without getting called back.