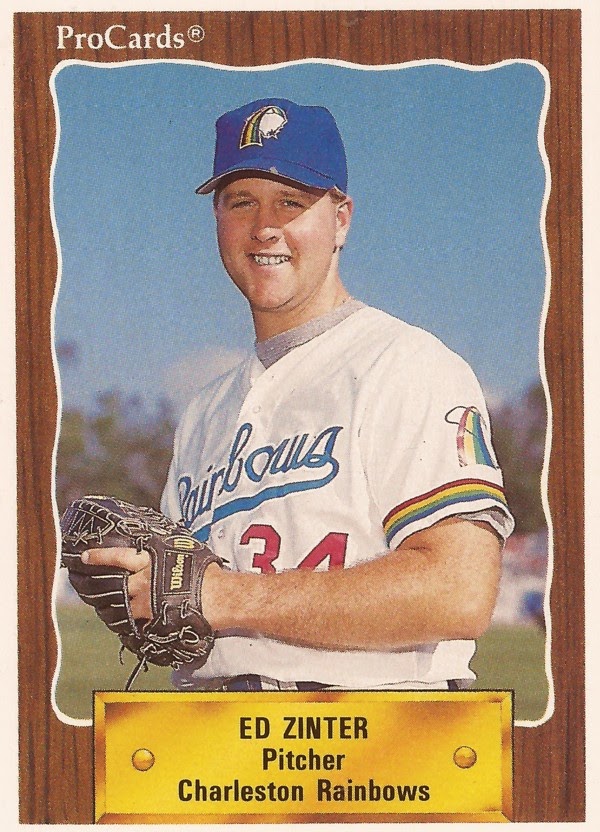 Eddie Zinter's father was in town for this August 1989 game and Zinter didn't disappoint, The Spokane Chronicle wrote.

Zinter went eight innings for the short-season Spokane Indians and struck out 13. He also picked up the win.

"He was throwing the crap out of the ball," Spokane manager Bruce Bochy told The Chronicle afterward. "He didn't want to come out of the game, I'll tell you that. He's a gamer."

Zinter was in his first season as a pro that year with Spokane. He ended up getting into three more. He never made AA.

Zinter's pro career began that June, taken by the Padres in the 38th round of the draft out of Brigham Young University.

At Brigham Young, Zinter picked up a May 1988 win, going seven innings and giving up seven hits. He also played in Alaska that summer.

With the Padres, Zinter started at Spokane. In 17 outings, seven starts, Zinter went 6-4, with two saves. He picked up one of those saves going two innings and striking out five. The last strikeout came with two on in the ninth of a one-run game.

"That was a great ballgame," Zinter told The Spokane Spokesman-Review. "That's the way the game should be played. The bottom of the ninth, two on, two out, full count - that's great."