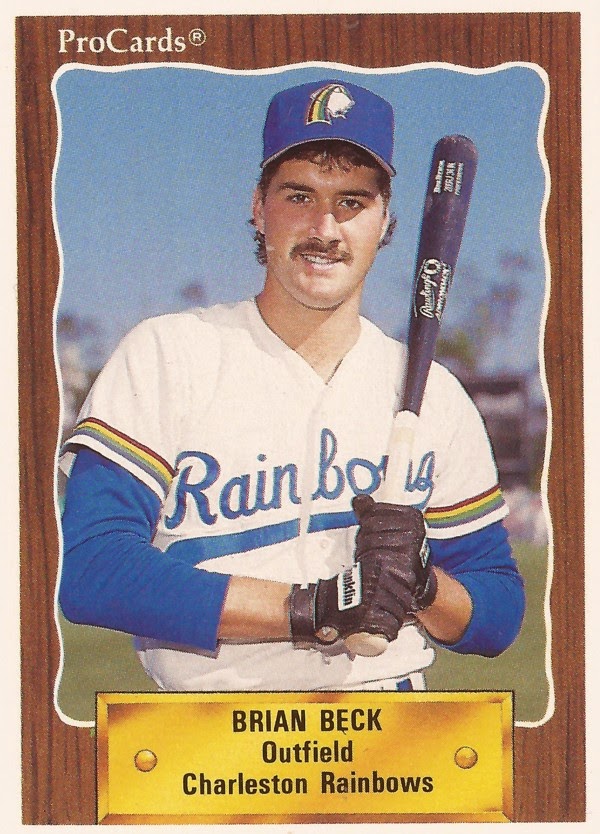 Brian Beck got the scoring off to an early start in this August 1990 game for single-A Charleston.

In the top of the second, Beck launched a solo home run with two outs. The home run put Charleston up 1-0 and put it on its way to a 5-2 win, according to The Sumter Item.

Beck hit that home run in his second season as a pro. He ended up getting into three more seasons, but he never made AA.

Beck's career began in 1989, taken by the Padres in the 37th round of the draft out of Hidden Valley High School in Oregon.

He returned to Charleston for 1991. The outfielder's average dropped to .202.

His 1992 season was a transition year. He played 20 games in the outfield at single-A Augusta. He also got seven outings on the mound as a pitcher in the rookie Gulf Coast League. In those pitching outings, Beck picked up a win and had a 2.08 ERA.