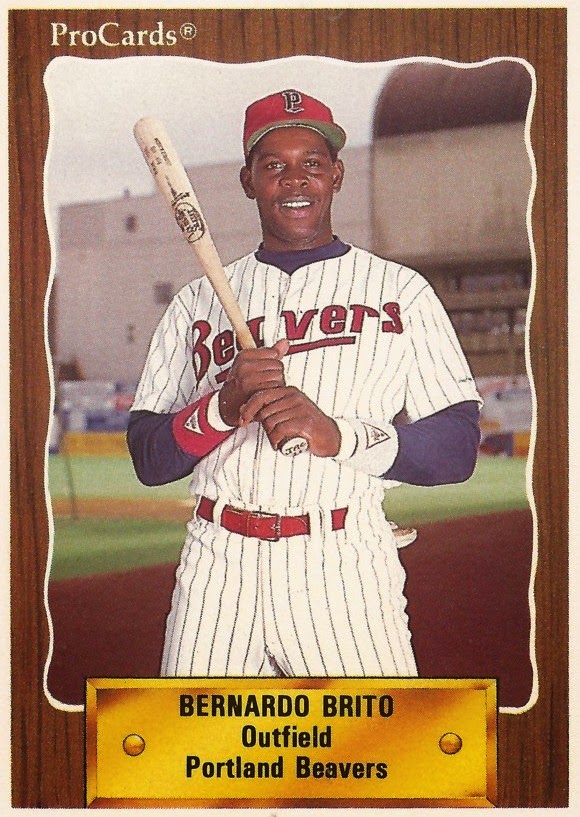 First came the game-winning hit from Bernardo Brito in late June 1994, then came the trade request.

Frustrated by what he felt was a lack of opportunity in the Twins organization, and in his 14th professional season, Brito was playing at AAA. He also had little to show for a major league career, all of 35 major league games.

"If nothing happens after the all-star break, I hope they trade me or something," Brito told The Deseret News in late June. "I've been (in the minor leagues) too long."

Nothing happened and Brito wasn't traded. He did make it back to the majors, for just five games in 1994, ending his major league career.

Brito's career began back in 1980, signed by the Indians out of his native Dominican Republic. He played his first season at the age of 17 in 1981, at short-season Batavia.

He didn't make AA until 1986, at Waterbury. He did that after hitting 29 home runs the previous season at single-A Waterloo. From Waterbury, Brito stayed in AA, at Williamsport. He was then released.

Signed by the Twins for 1988, Brito stayed at AA, at Orlando. He hit .240 with 24 home runs. Brito had 19 home runs by the end of June, but then didn't hit another one for at least a month, The Orlando Sentinel wrote.

"He's a power hitter, and sometimes those guys go through these kind of slumps,'' Orlando manager Duane Gustavson told The Sentinel in late July.

"Finally, I got it. It's been a long time," Brito told reporters after his it. "I waited 12 years to get my first hit."

Brito's first big league RBI came just over a week earlier, a sacrifice fly that proved the difference in a 2-1 win.

Brito returned in 1993 for another 27 games with the Twins. He also hit four home runs. One of those home runs came in late August with two on.

After spending 1994 back at AAA, Brito got those five last major league games in 1995. He then landed in Japan, with the Nippon Ham Fighters. He spent a year there, then returned in 1998 for 24 games with independent Sioux Falls, ending his career.