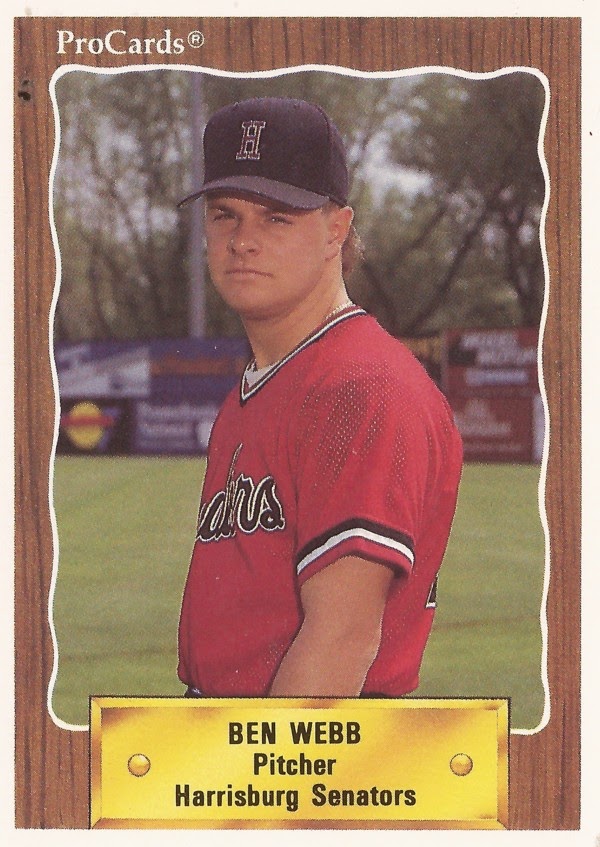 Having just finished is sixth pro season in 1992, Ben Webb was ready to move on, he told The Tampa Tribune years later.

By then he had a family. He'd gotten his chance. He also had "some great memories," he told The Tribune in 2009.

"I have no regrets," Webb told The Tribune. "I didn't have the quality breaking pitches that you need to get to the big leagues. I gave it a shot and had a chance, which is more than most guys ever get."

In those six pro seasons, Webb played at AA in four of them. He never made it higher.

Webb's career began in 1987, taken by the Pirates in the fifth round of the draft out of Chipola College in Florida.

Webb went to college out of Tate High School in Pensacola. There, he completed the remarkable feat of throwing three no-hitters in a row. He also made Sports Illustrated's "Faces in the Crowd" feature. It was after another player completed that feat in 2009 that Webb spoke to The Tribune.

Webb started with the Pirates at short-season Watertown. In 23 relief outings, he had a 2.50 ERA and seven saves. He was also tabbed by The Pittsburgh Post-Gazette as a player on the Watertown team to watch.

That fall, Webb had the chance to complete a no-hitter in instructional league. He pitched the final two innings of a three-pitcher no-hitter in October.