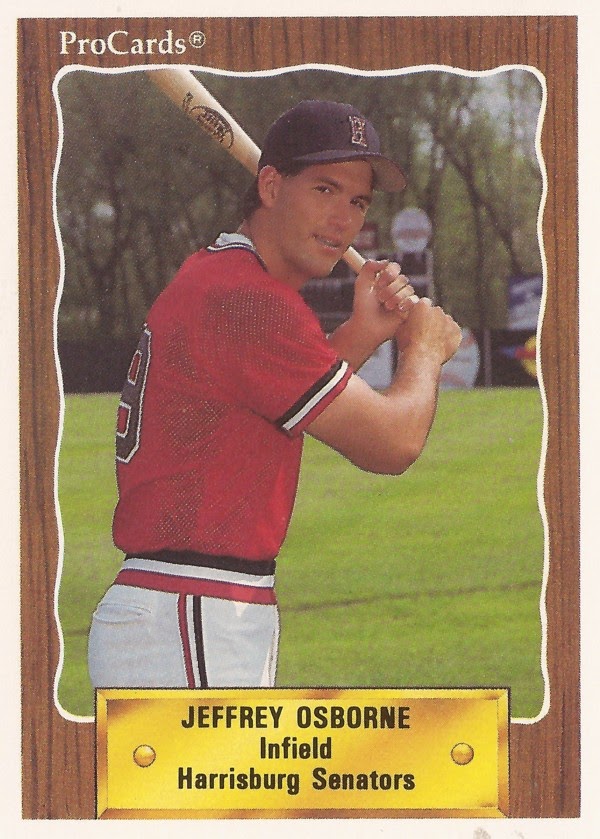 The Pirates had a plan for Jeff Osborne in 1989, Osborne told The Pittsburgh Press. That plan included a promotion to high-A Selem that Jully and a focusing of his skill set.

"They'd like to work me into a power hitter," Osborne told The Press after his promotion. "They tell me we'd rather have you hit for power than average, but I'd really like to do both."

But Osborne just hit one other home run - in his entire career. Osborne played just three seasons in the minors, getting to AA Harrisburg and no higher.

Osborne's brief career began in 1988 with the Pennsylvania-native taken by the Pirates in the 28th round of the draft out of Kent State.

Osborne played 38 games for the Pirates that first year between the rookie Gulf Coast League and rookie Princeton. He hit .333 between them, with no home runs.

Starting 1989 at single-A Augusta, Osborne hit .300 there in 74 games. He also hit nine home runs. The infielder also moved to the outfield by June to make sure he stayed in the lineup, The Pittsburgh Post-Gazette wrote.

Osborne stayed at Harrisburg for 1990, getting into 84 games. His batting average, though, sunk to .241. He also hit no home runs. It was his last season with the Pirates.