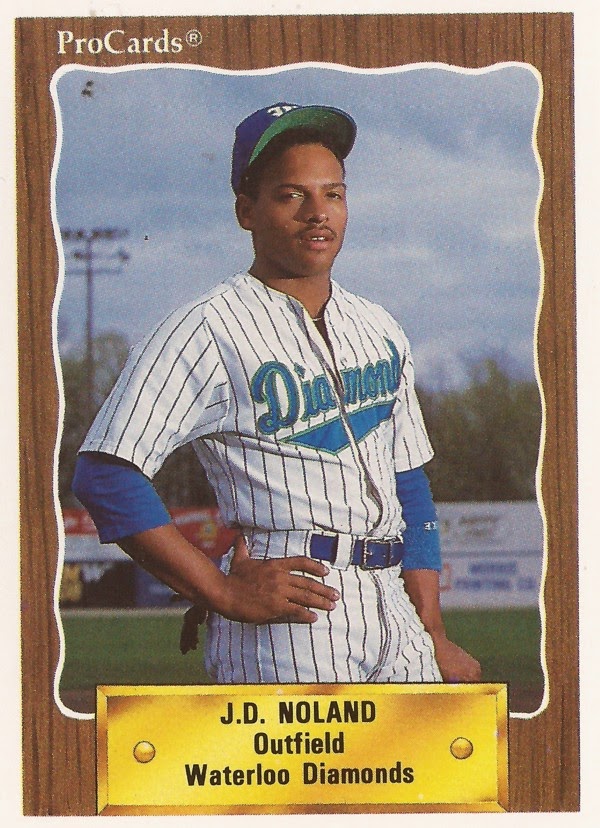 Looking ahead to Central Florida Community College's 1988 season, coach Marty Martinsen told The Ocala Star-Banner his projected outfield would be a quick one.

Included in that outfield was J.D. Noland.

"We won't have a lot of power next year," Martinsen told The Star-Banner. "We will have to hit and run and bunt and steal."

Noland finished that next season having run fast enough to be in position for to be taken by the Padres in the 13th round of the draft. But, while he would run fast as a pro, including an 81-steal season in 1991, Noland never got to run in the majors.

At Central Florida in 1988, Noland showed some power. He hit a home run in a March win, then went 3 for 4 in one May game, hitting another home run. He also showed his speed. In an April game, he stole four bases, scoring four runs.

With the Padres, Noland is not recorded as playing until 1989, at single-A Waterloo. There, Noland hit .239, stealing 31 bases, hitting no home runs.

He returned to Waterloo for 1990, hitting .246, swiping 48 bases. In 1991, though, Noland practically stole the California League. Playing at high-A High Desert, Noland swiped his 81 bases, hitting .277 with four home runs. He also made the league All-Star team.

Noland, though, is not recorded as playing in 1993. He returned in 1994 with the Rockies system, playing between AA New Haven and AAA Colorado Springs. He hit .319 between them, stealing 35.

The Colorado Springs playing time was his first time at AAA. At New Haven that April, Noland went 3 for 4 in a game.