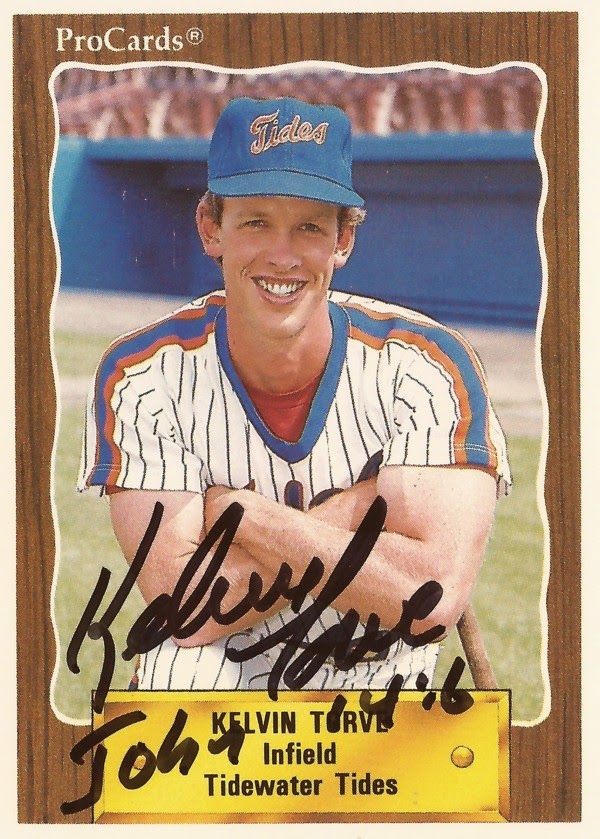 Kelvin Torve was on the field shaking hands after a June 1988 double header when the manager Jim Shellenback came up to him. The manager wanted to see Torve in his office.

Torve was in his eighth season as a pro, playing at AAA Portland for the Twins. He had yet to make the majors.

He knew instantly the reason for the manager's summons.

"There are really only two reasons why the manager needs to see you in his office," Torve told The Greatest 21 Days recently. "One is you're going to get released and the other one is you're getting called up.

"I wasn't going to get released," Torve said, noting he'd been hitting well to that point, "so I got excited right then."

Torve got to the manager's office and his suspicions were confirmed: Torve was going to the majors.

"The manager said 'it's always been your goal to play in the big leagues and now you're getting your chance.'" Torve recalled. "'You're getting called up tomorrow.'"

"It's just one of those moments in your life that you never forget."
Torve spoke with The Greatest 21 Days by phone recently from North Carolina, where he now works as a development director at a classical Christian school. He is also the father of two and husband of nearly 30 years to his wife Tonya.

Torve covered his start as a youth in Rapid City, S.D., where he played American Legion ball, to Oklahoma and Oral Roberts University, where he played his college ball. From there came his selection by the Giants in the second round and his trek through the minors to, finally, the majors.

Torve signed with the Twins for 1988. He recalled not necessarily thinking he was going to play in the majors with them. Their infield was pretty much set. They just gave him the opportunity to play at AAA and he took it.

His chance came with an injury to the Twins' Tom Herr. The big club needed a left-handed bat off the bench and Torve filled the bill. He was also hitting well at Portland.

"It was just a marriage of convenience to start with and I just happened to be needed," Torve said.

After he got the call to the manager's office, Torve said the walk from the field back in took forever. "My head was spinning," he said.
After getting the news, Torve told his wife. She started crying tears of joy.

His first at bat came in that July 25, 1988 game against Dennis Eckersley. After taking the first pitch by design - a pitch he could have hit - he took the second low and inside. It was called a strike.

"I figured, I'm the rookie, he's the veteran, whatever this guy throws, I'm going to have to swing at it," Torve said, referring to the previous strike call, "because I've got no idea what the strike zone is."

Torve fouled off the third pitch. The fourth was outside. He swung and missed, strike three.

"At least I went down swinging," Torve said. "It was one of those things that didn't work out as well, but it's something that I had the opportunity to do, so I'm just grateful for the opportunity."

Torve's first hit didn't come until two days later, at California. His first hit came in the fourth on a single to center. In the seventh, he got his second hit, a home run.

The home run came off the Angels' Stew Cliburn. Cliburn hung a slider, Torve recalled. "I just got lucky, swung hard and the ball went out," Torve said.
Torve got both baseballs back, including the home run. The home run landed in the bullpen.

"When you're a journeyman and you don't get much time in the big leagues, things like that are important to you," Torve said.

In all, Torve got into 12 games for the Twins, staying up through July 20. He got a total of three hits in 17 at bats. He then played the rest of the year at Portland.

He started off 1989 back at Portland. He also started off well. Another Twins injury, one to Kent Hrbek, got Torve thinking about a second call up.

While the team needed a left-handed pinch-hitter when he was called up in 1988, the team didn't need that this time. They called up a catcher.

"It was a situation where I was playing well enough to get called up, but they didn't need what I had to offer," Torve said, "so they called up a catcher. That's just the nature of the game.