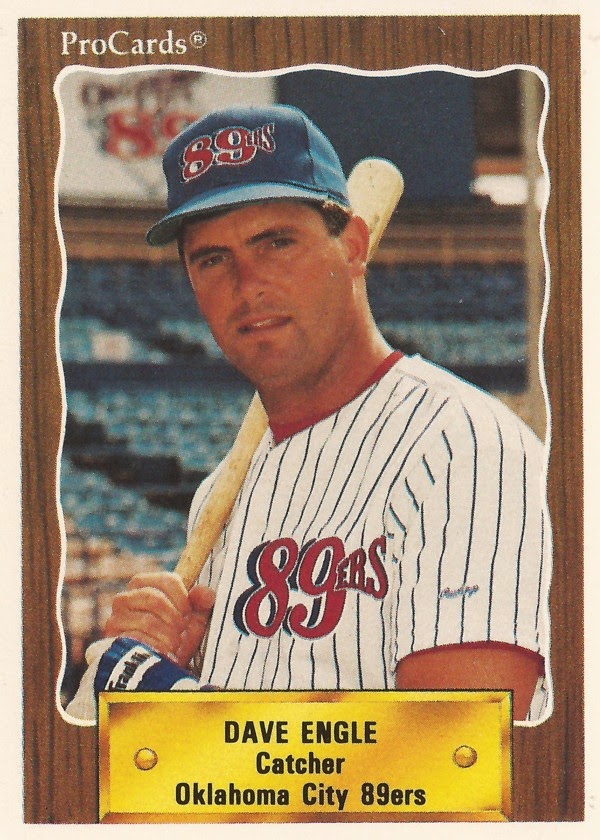 In some ways, Dave Engle's youth was a typical one. His family would pile into a trailer for the summer and see the United States.

In other ways, Engle's youth wasn't a typical youth wasn't so typical. Engles' father grew up in San Diego with one Ted Williams. The family's ultimate destination on those yearly trips was Massachusetts and Ted Williams' baseball school, The Toledo Blade wrote in 1984.

"Ted was there the whole summer when I was younger," Engle, in his fourth big-league season, told The Blade. "I learned a lot from Ted. I'm still learning from him. He's like a second father."

Engle spoke to The Blade then in his fourth season in the majors. He went on to play in a total of nine seasons, playing later with the Tigers, Expos and Brewers.

Engle's career began in 1978, taken by the Angels in the third round of the draft out of the University of Southern California.

Engle's stay with the Angels lasted just one season. He was sent to the Twins with three others for 1979 in exchange for Rod Carew.

Engle started as a right fielder, playing in the old Metropolitan Stadium. He hit .258 in 82 games. He started 1982 with the team in the new Metrodome. He hit the first home run there. But an eye injury he suffered as a child was credited with giving him trouble catching balls against the Metrodome roof.

Those difficulties led to him being moved to catcher for 1983, The Minneapolis Star-Tribune wrote later. He made the All-Star team in 1984. But he also eventually had problems with throwing back to the mound. In one spring game, he missed the pitcher six times.

Traded to the Tigers for 1986, Engle tried his hand at first base.

"It's a little easier on the body than catching," Engle told The Associated Press that June.

Before joining Milwaukee, Engle thought about going into coaching, he told The Blade. Then he got some offers to play.

"When they finally throw me out for the last time, I want to say I gave it my best shot," Engle told The Blade that April. "I'm really kind of smelling the roses because I know it's going to end."

Engle finished out his playing career with 16 games at AAA Oklahoma City in 1990 and one at Tucson in 1991.