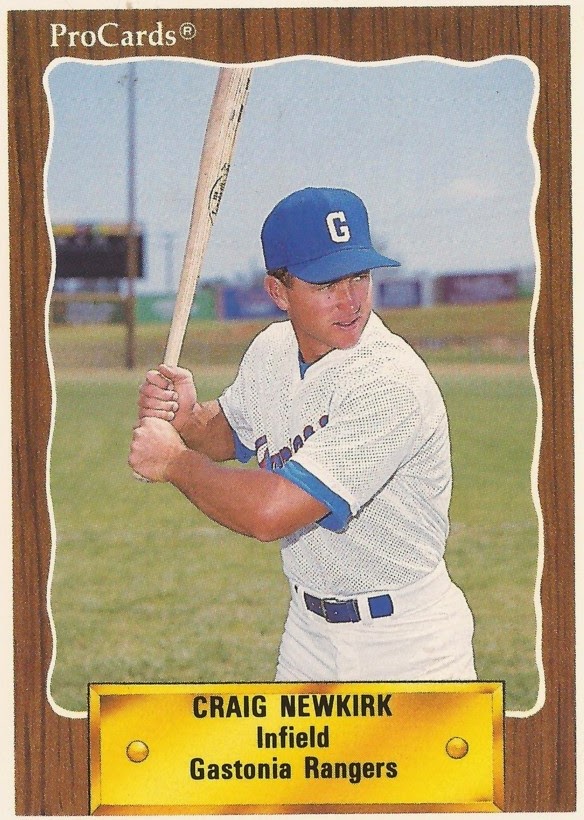 Craig Newkirk tried to explain his quiet style to The San Antonio Express-News in April 1989.

Newkirk then was playing for the University of Texas and he was hitting well.

"I don't talk as much as a leader might," Newkirk told The Express-News. "I try to lead by my actions. I'm not big on talking."

Newkirk helped take the Longhorns to the championship game of College World Series that year. He then went on to a career as a pro. His pro career, though, ended up being a quiet one, lasting four seasons, Newkirk never making AA.

Newkirk's pro career began that year in 1989, signed by the Rangers as an undrafted free agent out of Texas.

With the Longhorns, Newkirk had a key three-run double in a February 1988 game. He hit a home run in a May game to break a tie.

In 1989, Newkirk helped the team in the College World Series. In one game against Miami, Newkirk hit two home runs. Both came off Miami star Alex Fernandez, according to The Associated Press.

"I'm a streak hitter," Newkirk told The AP. "After I hit the home run, the first one on a fastball, the next time he got me (on a strikeout) on two curve balls. I guess he felt I couldn't hit his curve ball and he threw me one on a three-two pitch and I took it out."