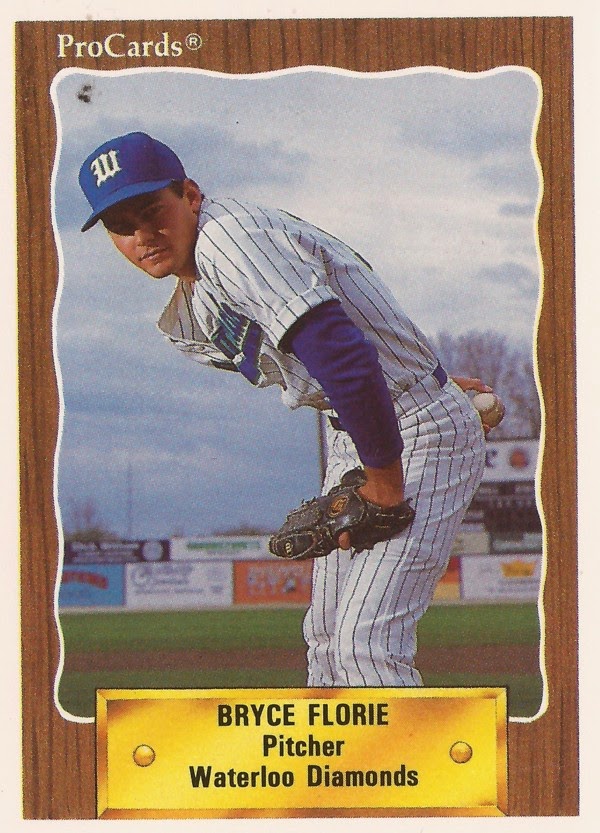 Bryce Florie pitched into the seventh inning on this day in June 1998, giving up two runs.

The role of starter wasn't one Florie was used to, but it was one he wanted to have, he told The Associated Press afterward.

"I'm still trying to get used to going every fifth day," Florie told The AP. "I had hoped in spring training I'd get a chance to start, and when I finally did I was delighted."

Three years later, Florie was likely more than delighted he did something else, that he took the mound at all. That's because in September 2000, in a relief appearance against the Yankees, Florie took a line-drive off his eye.

Florie worked through the winter and he returned to the field the very next season.

"This is a miracle," Florie plainly told The Sarasota Herald-Tribune the next June as he worked his way back to the bigs at high-A. "No doubt in my mind. No other way to explain it."

Florie soon completed his personal come back, taking the field again with the Red Sox in Boston by the end of that month. It was his eighth and final season with time in the majors.

Florie's career began in 1988, taken by the Padres in the fifth round of the draft out of Hanahan High School in South Carolina.

That June in 1994, he debuted in San Diego. Florie got into nine games in relief, 9.1 innings. He gave up just one earned run.

The liner hit Florie and bounced to third. Teammate Lou Merloni got the ball and threw to first for the 1-5-3 out. Attention, though, soon turned to the pitcher face-down on the ground.

Florie suffered a fractured cheekbone and orbital socket. It wasn't clear at the time if his vision would be impacted.

His vision was saved. By February, he was taking grounders and looking forward to facing hitters again. He made it back to Boston June 28, going 2.1 innings, giving up one earned.

In all, Florie got into seven games through July 21. In 8.2 innings, he gave up 11 earned runs. His major league career then ended. He continued in the minors that year and the next, but he didn't get back to the bigs.

Florie has since gone on to be a coach. In June 2013, he was head coach at Northwood Academy in his home state of South Carolina.

Back on June 28, 2001, Florie got his first call into a major league game since he was hit. He told The Associated Press he was never sure it would happen, until it did.