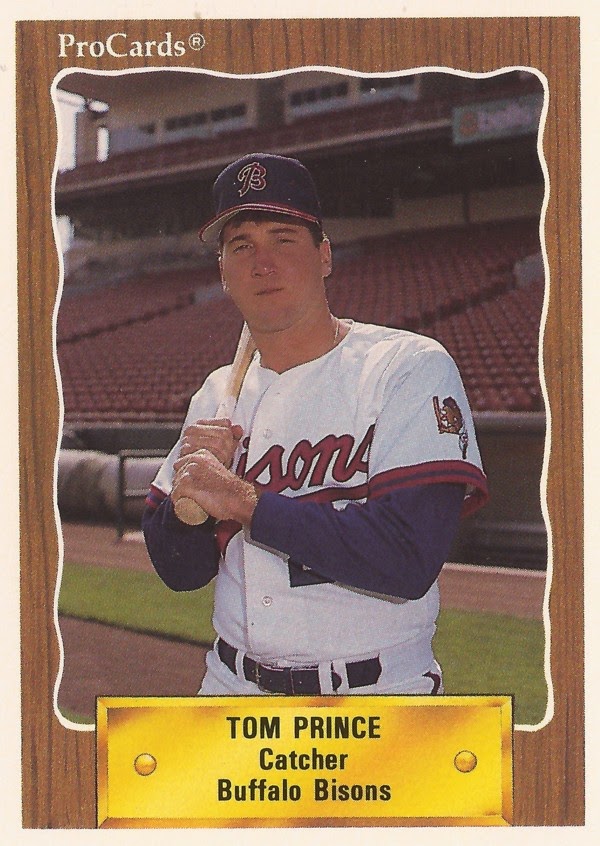 The runner barreled into Pirates catcher Tom Prince in June 1995, sending Prince to the disabled list, according The Los Angeles Times.

The collision had the veteran backup catcher unfazed.

"It was a clean hit," Prince told The Times after being released from the hospital, where he was taken, adding later. "He didn't go for my head or anything like that. He was just playing hard. The head's fine, I've just got a lot of bleeding in my thigh area."

Prince's was a career that spanned parts, sometimes very brief parts, of 17 seasons in the majors, playing for five different teams.

A career backup, Prince was taken by the Pirates in the fourth round of the 1984 draft. He got his first call-up to Pittsburgh in September 1987, never having played at AAA. It was between AAA and the majors that Prince would shuttle thereafter.

All the while, Prince tried to show his wares to teams that might need him on a more permanent basis. In 1992, a Pittsburgh Press columnist discussed Prince's status as a backup, and his prospects elsewhere.

"I'm a big league catcher," Prince told The Press. "I can block the ball, I can throw the ball. I can call a game. I can handle a pitching staff. That's the most important thing."

The columnist also noted his bat, or lack of it. It was something that plagued Prince through his entire career. His career batting average in 519 games was just .208.

But Prince survived on his defense, playing through 2003. Two years later, the former backup catcher was managing.

In 2005 and 2006, Prince managed the short-season Williamsport Crosscutters. Since 2007, he has managed the Bradenton Pirates.

In July 2009, The Pittsburgh Post-Gazette featured the team whose roster included players from around the world, including India, South Africa and Australia.

The Post-Gazette referred to Prince as a no-nonsense manager. Asked about the team's makeup, Prince said the only real difference was the language.

"No, never," Prince told The Post-Gazette of whether he expected to be helming such a diverse team. "But you know, it's good for the game. You want the best talent to play in the big leagues, and this is the way it's going."