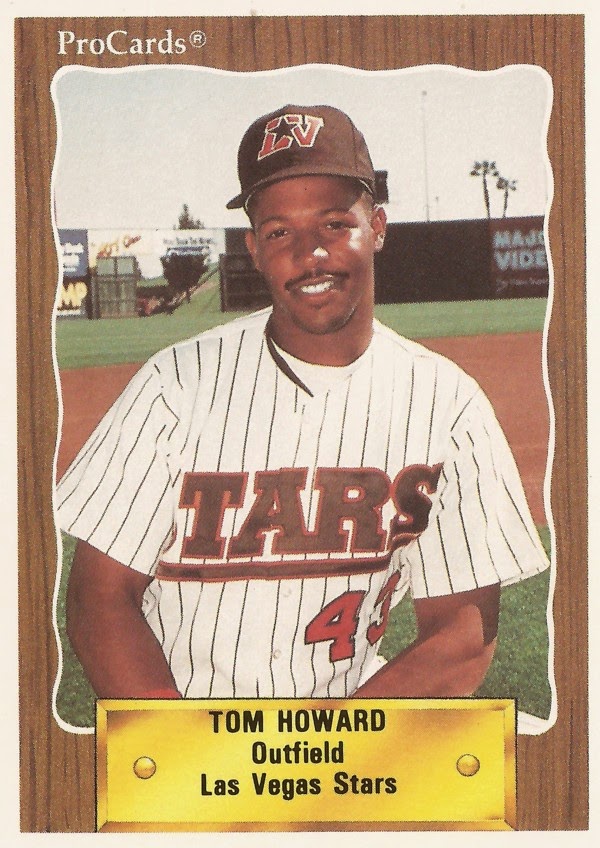 With two outs in the ninth inning of this May 1994 game, Thomas Howard singled - and then tried to turn it into a double, The Associated Press wrote.

"If I make it, I might be the hero," Howard told The AP afterward. "I just didn't make it."

If he made it, Howard would have been the potential tying run, and he would have been in scoring position. Instead, Howard got thrown out, ending the game and the Reds' hopes of coming back.

Howard, though, had made it in another sense. He first made it to the majors four years earlier, and he'd become a regular.

Before he was done, Howard had time in a total of 11 major league seasons, getting into more than 1,000 big league games.

Howard's career began in 1986, taken by the Padres in the first round of the draft out of Ball State University.

Howard played his first year between short-season Spokane and single-A Reno. Between them, he hit .288. His first stop was Spokane. There, he told The Spokane Spokesman-Review he wasn't looking ahead.

"I just want to get off to a good start," Howard told The Spokesman-Review that June. "If I move up, I move up. If I don't, I'd love to stay here and work on the adjustments I need to make."

In early 1992, the Padres sent Howard to the Indians. The outfielder increased his average to .277 that year. Howard stayed with the Indians into mid-1993, when he moved to the Reds in another trade.

"I get up a little extra for the Padres," Howard told The AP after that game. "Teams you get traded from, it seems you always get ready for them. I played with a lot of those guys in the minor leagues, so they know where to play me and what I like to do. So it's a challenge to get hits against those guys."

Howard moved to the Astros in 1997, getting his second of two playoff appearances. His first came with the Reds in 1995.