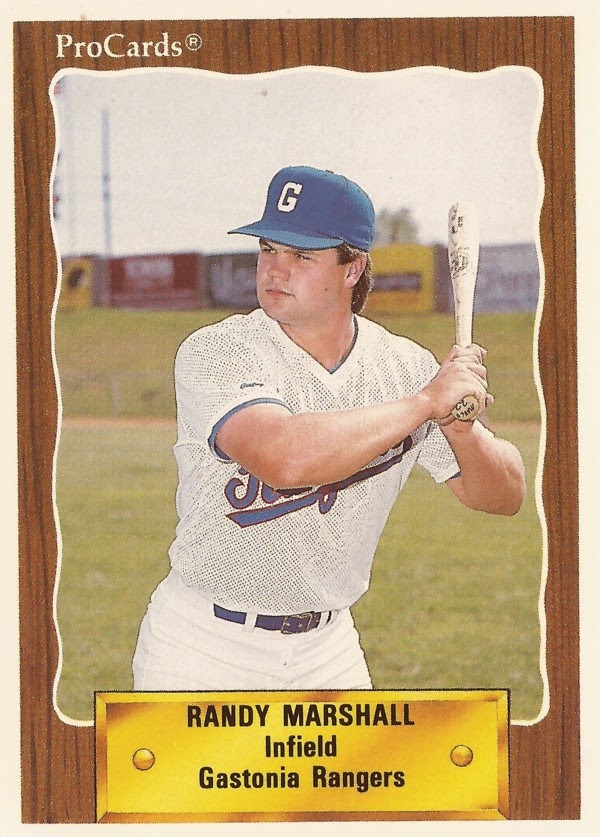 Charlotte Rangers manager Bobby Molinaro could tell it was going to be a low-scoring game, but he had Randy Marshall on his side.

It was Marshall who gave the high-A Rangers an August 1991 2-1 victory with a game-winning single in the 10th, The Sarasota Herald-Tribune wrote.

"It was one of those games where you had to scrap,"Molinaro told The Herald-Tribune. "Who's going to get the key hit? Fortunately for us 'Moose' (Marshall) got the key hit. He hit four balls hard tonight."

Marshall's career began in 1989, taken by the Rangers in the ninth round of the draft out of LeMoyne College in Syracuse, NY.

At LeMoyne, Marshall provided another key hit, two of them. He hit two home runs against Arizona State to get his team to the NCAA Division I Northeast Regional title game.