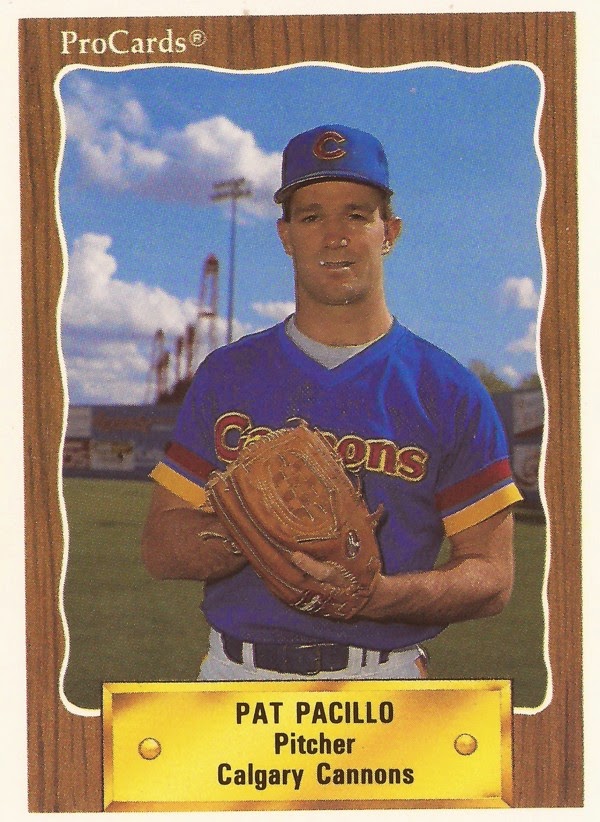 Pete Rose was nearing the end of his career and he realized the Reds needed a roster spot. They had a prospect that needed protecting.

The top young player Rose made way for was Pat Pacillo.

"We didn't want to lose the best prospect in the organization," Reds GM Bill Bergesch told UPI in November 1986. "We just didn't want to take a chance with him."

With the move, Rose had played his last season. Pacillo had yet to play his first. But he would ultimately only play in parts of two seasons, not living up to those early expectations.

Pacillo's expectations were high early on. The Reds selected him in the first round of the 1984 draft, fifth overall, out of Seton Hall University. He didn't join the Reds system right away, however. He pitched that summer for the U.S. Olympic Team in Los Angeles.

He made AAA Denver for 1986, becoming a starter. He went 11-6 in 25 starts, with an ERA of 4.32. It was after that season that Rose stepped aside to protect Pacillo from getting drafted away by other teams.

Going into spring training in 1987, Rose and the Reds brass didn't regret the decision.

"When it comes to stuff, there's no question about him being ready for the major leagues," Reds pitching coach Scott Breeden told The Associated Press in February. "Consistency is the question with Pat and, granted, that covers a wide variety of things. Can he throw his breaking ball for strikes? Can he win when he doesn't have his best stuff?"

Though he had made the switch to starter in 1986, Rose saw Pacillo back as a reliever.

"I like Pacillo a lot," Rose told The AP in March. "He's more relaxed than last spring, throwing more strikes and doing a good job."

Pacillo debuted for the Reds in May, going on to pitch in 12 contests for Cincinnati in 1987. He also started seven games. In nearly 40 innings, Pacillo gave up 27 earned runs. He got his first win in June, in a 6-4 victory over the Cardinals.

Helping preserve that win was Eric Davis, with a jump over the wall that pulled back a two-run home run. "It was an unbelievable catch," Pacillo told The AP afterward.

Pacillo returned to Cincinnati for 1988, but for just six appearances in relief. Then, less than two years after he was protected by the Reds as a top prospect, he was dealt in July to the Expos in a five-player deal.

Pacillo spent the next year at AAA Indianapolis, going 6-5 with a 3.36 ERA. The next spring, the Expos sent Pacillo to the Mariners. His career ended that year at AAA Calgary, without returning to the majors.